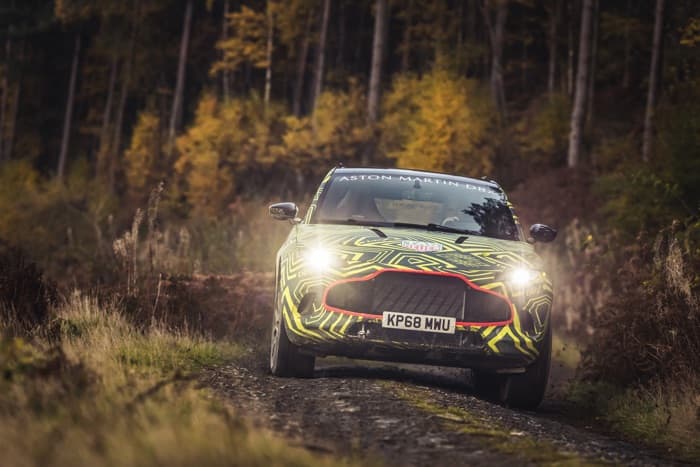 Aston Martin has revealed that they have started testing out their new SUV, the Aston martin DBX and the car maker has unveiled some photos of their new SUV.

We have been hearing about this new SUV for some time and now the car maker has revealed it will launch as the Aston martin DBX.

Though simulation is an essential part of DBX’s early development phase, this first prototype drive in Wales signifies the start of ‘real world’ testing, in which the SUV will be subjected to a punishing regime that will ultimately see development prototypes of the all-new machine tackle some of the world’s harshest environments, from the frozen Arctic and scorching deserts of the Middle East to high Alpine passes and the high-speed demands of the German autobahnen and Nürburgring Nordschleife.

The unique nature of DBX in the Aston Martin range means it requires a dedicated test programme; one that features new processes, procedures and standards that reflect its all-purpose role. So, while it will perform with the verve and poise of a true Aston Martin, its dynamic envelope has to extend into areas previously off-limits to the marque’s sporting roots. Naturally this includes impressive multi-terrain and towing capabilities as befits a state-of-the-art SUV. 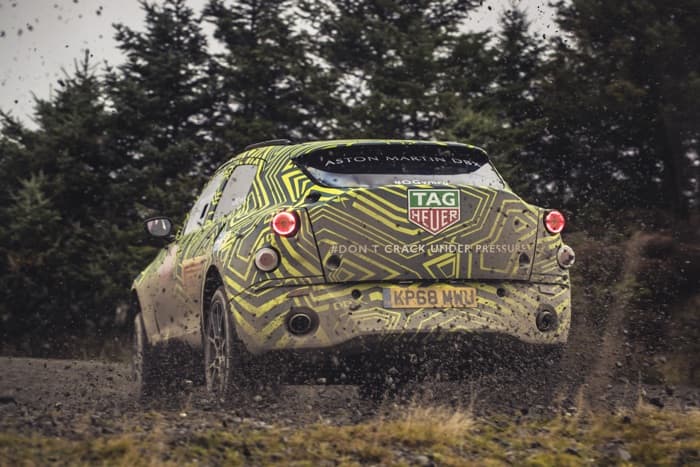 The new Aston martin SUV will be produced at the company’s new product facility in St Athan, South Wales.