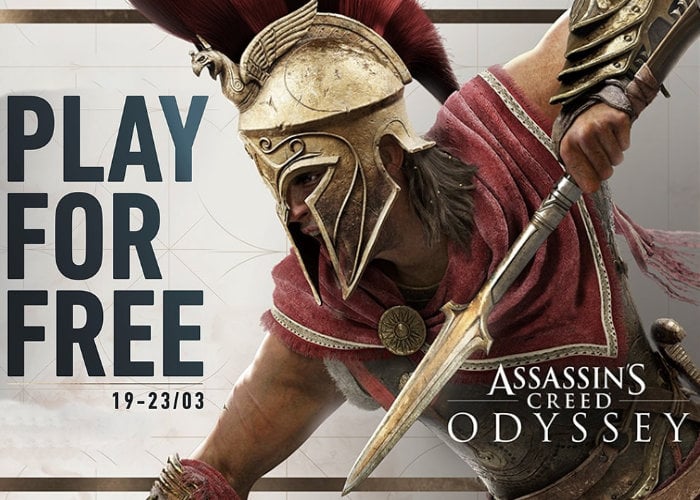 If you haven’t yet experienced the adventure Assassin’s Creed Odyssey has to offer, you’ll be pleased to know from tomorrow you’ll be also play it free for four days, right over the weekend until Sunday March 22nd, 2020. Ubisoft is offering full access to the main game and during the free weekend that everyone will be able to unlock the Ezio’s Roman Set costume via the Ubisoft Club.

Assassin’s Creed Odyssey is an action role-playing game with a storyline set in the year 431 BC and is the successor to 2017’s Assassin’s Creed Origins. The plot tells a fictional history of the Peloponnesian War between Athens and Sparta during which players control a male or female mercenary who fights for both sides as they attempt to unite their family.

“Assassin’s Creed Odyssey places more emphasis on role-playing elements than previous games in the series. The game contains dialogue options, branching quests and multiple endings. The player is able to choose between siblings Alexios and Kassandra as to whom they use as the main character. The game features a notoriety system in which mercenaries chase after the player if they commit crimes like killing or stealing in the presence of others.”