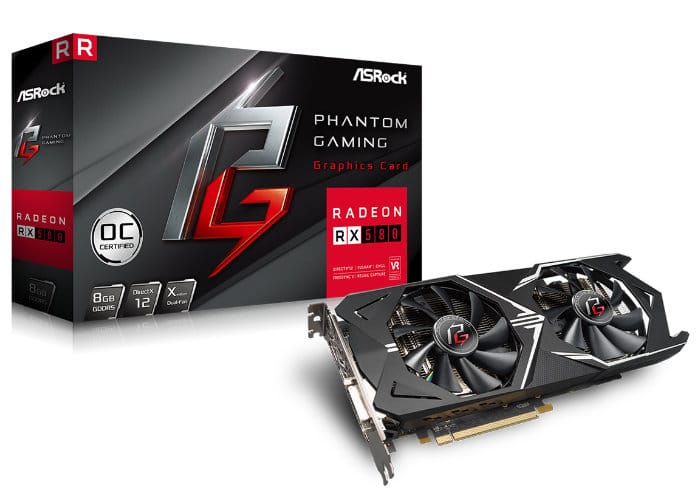 “ASRock is an industry leader with some of the world’s best AMD-based motherboards being sold in the market today, and we are thrilled to team with them to help us bring incredible gaming experiences to gamers with Radeon GPUs. The new ASRock Phantom Gaming Series, based on the powerful Radeon RX 500 Series graphics cards, will provide gamers the best of Radeon features and performance which will include FreeSync, the ultimate technology for smooth and stutter-free gaming, Radeon Software Adrenalin Edition for seamless streaming, sharing and gameplay capture now with mobile device functionality, and Radeon graphic’s highly optimized DirectX 12 and Vulkan performance.”

The ASRock graphics cards are sure to interest home cryptocurrency miners due to their RX base technology. Unfortunately, no information on pricing or worldwide availability has been released as yet by ASRock, but as soon as information comes to light, we will keep you updated as always. More information and full specifications jump over to the official ASRock website by following the link below.