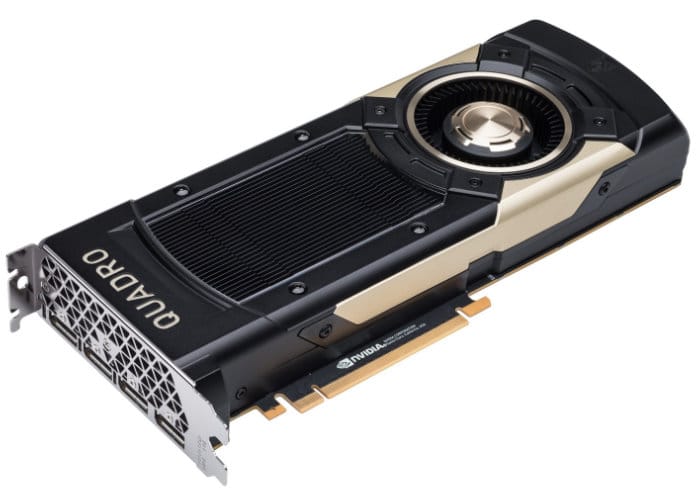 Today NVIDIA CEO Jensen Huang has unveiled the world’s most powerful professional GPU which takes the form of the new NVIDIA Quadro GV100 which is based on NVIDIA’s Volta architecture and sporting 5,120 CUDA cores. 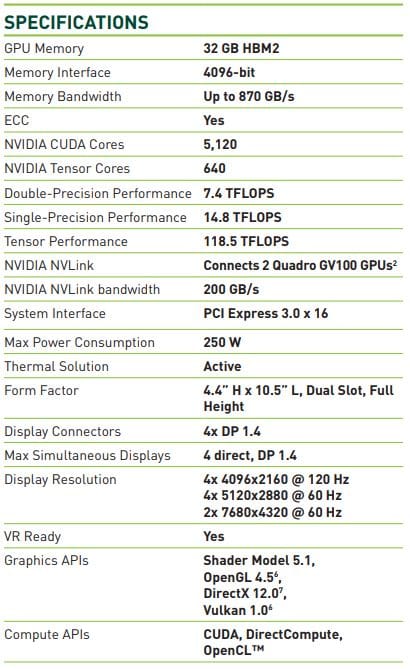 Other features of the NVIDIA Quadro GV100 include standard Quadro Sync and Stereo connectors for synchronized refresh and quad-buffered stereo respectively, and NVIDIA has removed the GP100’s sole DVI port, leaving it with 4x DisplayPort 1.4 connectors. The high-powered graphics card supports Microsoft’s new DirectX Raytracing API, the RTX hardware will also be available within NVIDIA’s OptiX ray tracing engine, and NVIDIA has also revealed that that Vulkan support is currently under development and will be available at a future date.

The NVIDIA Quadro GV100 graphics card is now available to purchase priced at $9,000 and you can expect to see the card in OEM systems during June 2018. For more information and full specifications jump over to the official NVIDIA website