Britain’s Supermarket retailer ASDA has started trailing a new ASDA 3D printing service that allows you to have a full colour scanned reproduction mini model of yourself for £40 or $63, which was first announced back in October.

The ASDA 3D printing service scanning process takes around 2 to 3 minutes and uses a device that captures 15 frames a second as you are scanned. Converting the scanned data into a full-colour meaning 3D printed reproduction of yourself. Watch the video after the jump to learn more about this unique 3D printing and scanning service on offer by ASDA. 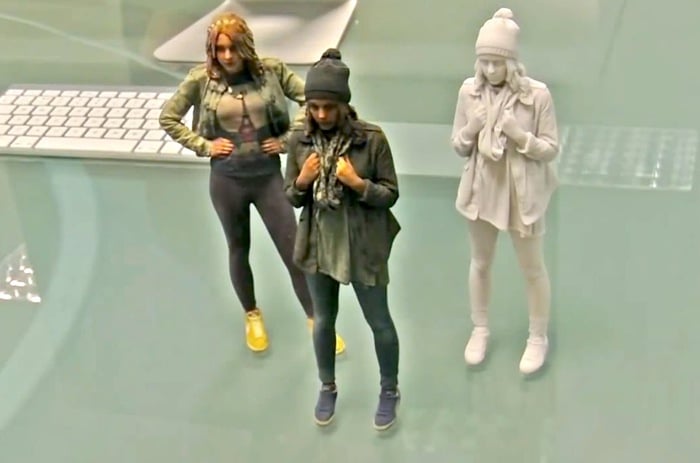 Unfortunately at the current time ASDA is only trialling the new ASDA 3D printing service at its store situated in York in the north of England. But if all goes well with the trial the ASDA hopes to roll out the service to other stores around the UK in the New Year. Mark Morris reports:

“If you have ever desperately wanted a mini version of yourself, you are in luck because Asda is selling 3D-printed figurines. The supermarket is holding a trial of the service at their York store in northern England. Having your whole body scanned takes between two-three minutes, with a small handheld machine recording images at a speed of roughly 15 frames a second.

After the ASDA 3D printing scan, the image is processed by a computer and then sent to be printed with coloured ceramic fluid, with each eight-inch figure taking around eight hours to produce, although the printer can create several at once. Scanning slots were fully booked on the first trial days, with some customers travelling miles to get one.

Asda’s parent company Walmart will be watching to see how the trial works out in the UK. But shoppers hoping for an unusual Christmas gift might be disappointed, as Asda will not roll out the service until 2014, if the trial is a success.”