LEGO creatures, houses, even cities– been there, done that. How about a LEGO anesthesia machine? Yes, there exists one, thanks to artist Eric Harshbarger, who was commissioned by GE Healthcare to accomplish such endeavor for a trade show. 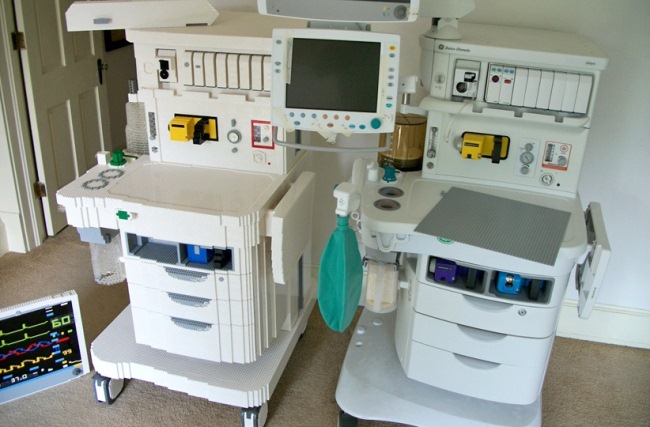 “I had to be talked into it. GE Healthcare had approached me in March of the year and started asking how much such a model would cost. I don’t give out specific numbers on my website, but suffice it to say that my initial quote was a lot.

“I have not focused on building 3D sculptures for sometime now, and building a giant hospital contraption did not really pique my interest enough to change my mind,” says Harshbarger.

Luckily for LEGO geeks, Harshbarger agreed and started the project May 2011, creating an anesthesia machine exactly like the model sent by GE to his studio-home. The machine used over 30,000 white LEGO bricks and made its appearance in GE’s trade show mid-October.