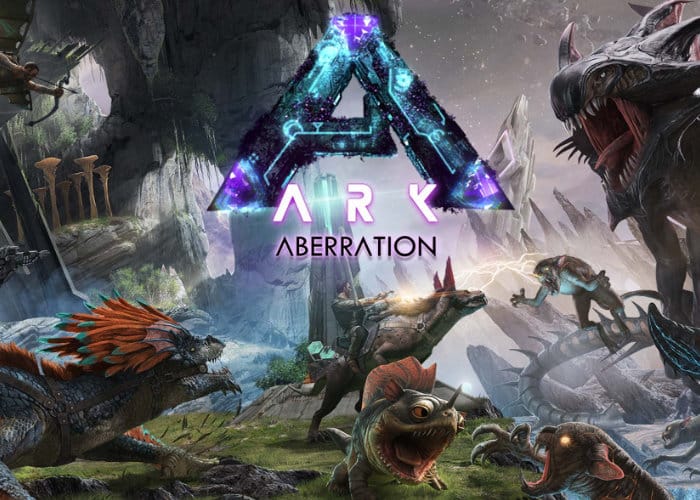 Developers Studio Wildcard have integrated the Xbox Cross-Play to enable gamers to continue their adventure on whichever platform they desire, switching between their Xbox One and PC while taking their saved progress Gamerscore, DLC, and achievements from one platform to the other. Watch the official launch trailer below to learn more about ARK: Survival Evolved.

Windows 10 purchasers of ARK: Survival Evolved can also purchase its Expansion Packs including Scorched Earth and last week’s update – the derelict, malfunctioning underground world of Aberration, loaded with fascinating items including five new Biomes, 14 new Creatures and 30 new Engrams to craft. Aberration is available now for $19.99 USD or is free for download for owners of the ARK Season Pass.

– Tame New Creatures: The intense radiation of Aberration has led to incredible genetic mutations, resulting in dozens of new creatures with amazing abilities! Clamber up walls & glide through the air on the back of a camouflaging chameleon-like ‘Rock Drake’, keep the dark at bay with one of four friendly ‘Lantern Pets’, or grab and toss multiple creatures simultaneously with a massive ‘Cave Crustacean’, or – if you are brave enough – allow the horrific “Reaper Queen” to impregnate you, and spawn a vicious male Reaper alien life form you can tame and control.

– Conquer New Challenges: With the maintenance systems of this new ARK malfunctioning, earthquakes, radiation exposure, gas leaks, and Element chambers are among the many hazards that survivors will learn to grapple with Aberration’s varied biomes, both aboveground and below the surface. Gear-up to take on the horrifying threat lurking within the deepest depths of Aberration…