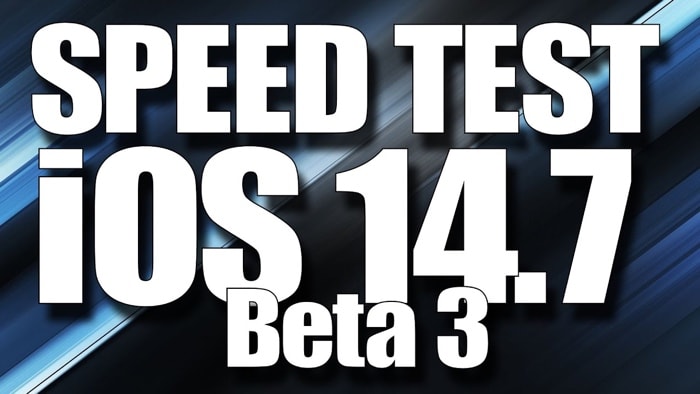 The video below shows iOS 14.7 beta 3 running side by side with the current release of iOS 14.6, the tests are run on two devices, the iPhone 6S and iPhone 7.

In the first test with the iPhone 6S there does appear to be a speed improvement in the boot up time on the two iPhones. From what we can see from the video there are no major speed improvements in the range of apps.

In the second test with the iPhone 7 the device running the current release of iOS 14.6 is the first handset to boot up. There are no speed improvements in the range of apps.

Apple are expected to release the final version of iOS 14.7 either around the end of this month or some time in July, as soon as we get some information on the release date we will let you know.