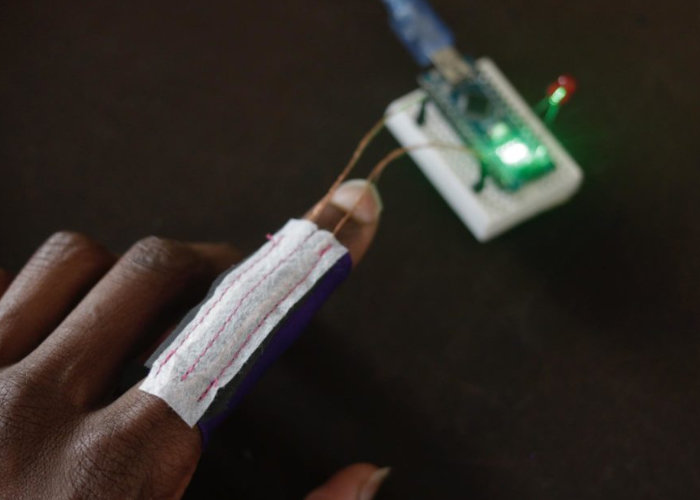 Finger Bend is a unique DIY Arduino powered textile flex sensor, created as part of the Swatch Exchange, enabling you to trigger actions by simply bending your finger. Created by the team at Willpower Studios the textile flex sensor, named Finger Bend, offers a concept for such an interface, check out the demonstration video below to learn more. “The E-Textile Summercamp‘s Swatchbook Exchange is a platform for sharing physical work samples in the field of electronic textiles. The exchange wishes to emphasize the importance of physicality and quality workmanship in an increasingly digital world.”

“Inside the custom sleeve is a piece of piezoresistive stretch fabric, which is attached by copper threads to an Arduino Nano’s analog input pin. When a finger is curled, the light is then switched on and off again when straightened. While an LED is interesting, this concept could be taken much further, perhaps using multiple digits for more intricate control. Details and code for the project is available in Willpower Studios’ write-up.”