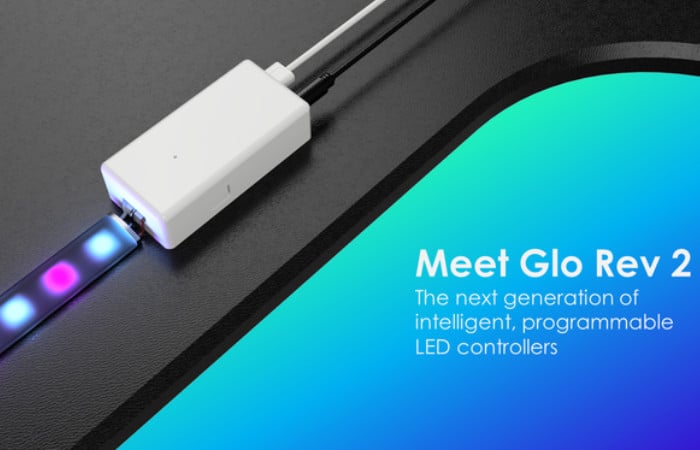 The engineers at Anaveo Labs have created a new Arduino LED controller allowing you to customize the lighting of up to 300 LEDs. The small LED controller comes with its own companion smartphone application and features rugged connectors a USB-C port various modes and supports both three and four pin LED strips. 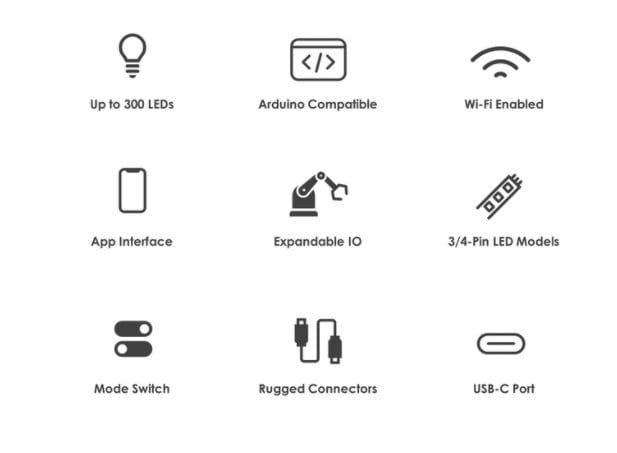 Backer early bird pledges are now available for the inventive project from roughly $18 or £14 (depending on current exchange rates). If the Glo Rev 2 campaign successfully raises its required pledge goal and fulfillment progresses smoothly, worldwide shipping is expected to take place sometime around October 2021. To learn more about the Glo Rev 2 smart Arduino LED controller project watch the promotional video below.

“The abundance of RGB LED strips has made them the prime choice for home improvement, accent-lighting, and hobby projects. However, LED controller options available for these strips are often unable to meet users’ demands. LED strips often ship with cheap, remote-operated controllers that offer nearly no customizability. Even higher-end devices boasting Wi-Fi and Bluetooth are unable to be reprogrammed or connected to external modules.”

“At Anaveo Labs, we fused convenience and customizability into Glo Spark and Glo Pixel LED controllers. These next-generation controllers are equipped with a rugged enclosure, an App Interface, and all the customizability offered by the Arduino. On top of driving LED strips, Spark and Pixel are designed to be modified, reprogrammed, and played with! Their USB interfaces enable easy programming via the Arduino interface. Each Spark and Pixel controller has 14 easy-to-access GPIO pins which can be connected to sensors, motors, and modules. The possibilities are endless!”

For a complete list of all available campaign pledges, stretch goals, extra media and specifications for the smart Arduino LED controller, jump over to the official Glo Rev 2 crowd funding campaign page by clicking the link below.