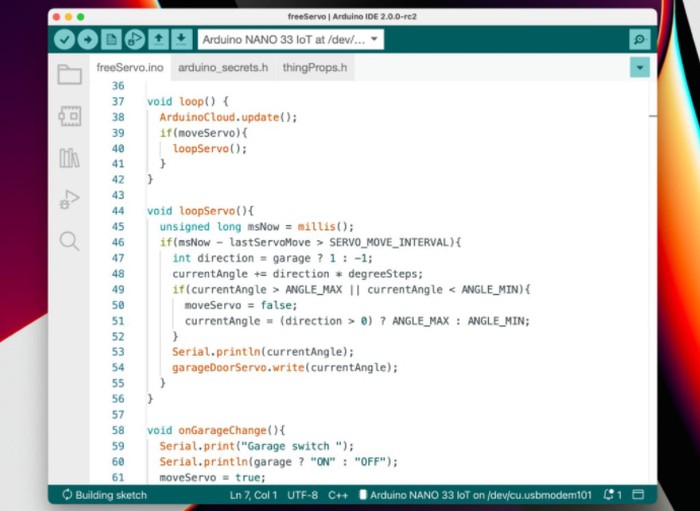 The official Arduino development team has this week announced the latest Arduino IDE 2.0 has now left its beta development phase and is now available as a Release Candidate (RC) with plenty of new features. “Whether you’re an Arduino power user or new to microcontroller coding, there are a variety of ways that you can contribute to this exciting new release.”

“It seems like only two minutes since the beta of Arduino IDE 2.0 was released. In fact, it was back at the very beginning of March. Now it’s ready to exit its beta phase, and you can update to the latest release candidate version right now. And this is a really important step, not just because of some great new features that are bundled in (see below). It’s where the Arduino community is brought into the equation. It’s where you lend your techno-muscle towards helping us refine the release candidate.”

“There’s support for localization, for one thing. Any and all help in crafting the best experience in different languages is great for everyone. After all, it’s an important part of truly user-centric software. So please put your multilingual skills to use by providing translation contributions through Transifex.

This crowd-focused process is the same for testing the functionality, as well as the localization. We’ve got a feedback form where we’d like you to make us aware of any and all changes you feel IDE 2.0 RC needs. Of course, the forum is also available. Join us there for bug reports or tweaks that warrant a quicker, more conversational report.

Finally, remember that the IDE is now built around web technologies like HTML and Typescript (rather than Java), so everyone’s welcome, and encouraged, to contribute to its development. Here’s the GitHub repository for you to dig into.”

To download the latest Arduino IDE 2.0 Release Candidate (RC) jump over to the official Arduino blog by following the link below.