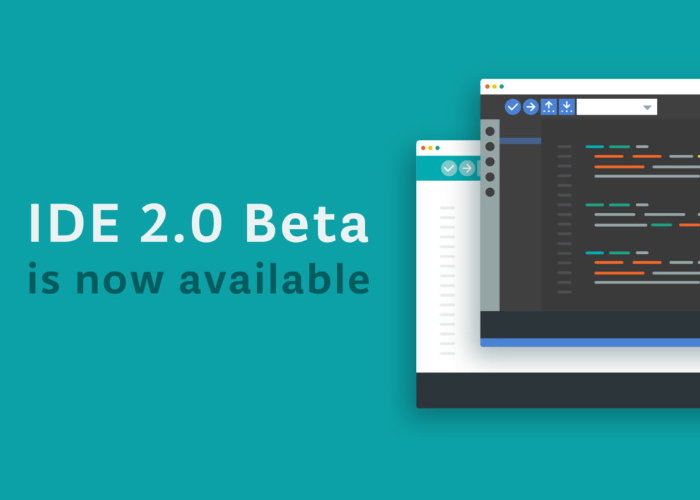 The official team behind the Arduino IDE has this week announced and unveiled the new Arduino IDE 2.0 (beta) release. As of today the Arduino IDE 2.0 beta is available for download and its code repositories become open source. Offering users a modern editor and provides a better overall user experience thanks to a responsive interface and faster compilation time.

“The IDE 1.x is developed in Java, and its monolithic codebase makes it difficult to implement such features. Java is also becoming an obsolete technology for desktop applications and is being phased out by newer operating systems and app stores, which forces us to spend time on working around compatibility issues.”

“The time has come: please welcome the Arduino IDE 2.0 (beta) Don’t be afraid of trying it today: the upgrade will be frictionless as the interface will look very familiar. But let’s see some of the goodies you’ll find.”

– While typing, the editor suggests the autocompletion of variables and functions according to the libraries you included.
– When right-clicking on a variable or a function, a contextual menu will provide navigation shortcuts to jump to the line (and file) where they are declared.
– A live debugger that allows you to run your code interactively on a board and inspect its execution without writing tens of “Serial.println()” statements.

As of today, the debugger supports all the Arduino boards based on the SAMD and Mbed platforms (MKR family, Nano 33 IoT, Nano 33 BLE, Portenta, Zero). For more information on the new release, together with download links, jump over to the official Arduino blog by following the link below.