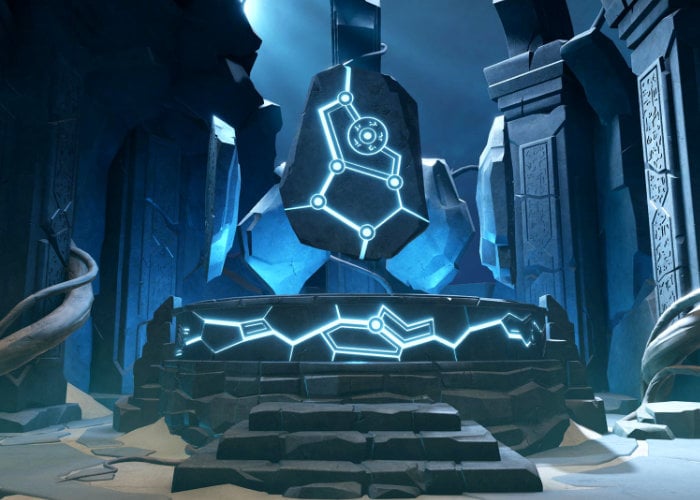 After previously being launched on the PC, Archaica The Path Of Light has now launched on the Xbox One platform is available to play. Archaica is an atmospheric puzzler with lasers and mirrors, that introduces a mystical and ancient world, full of challenging puzzles, say the games indie developers Two Mammoths.

In the Archaica The Path Of Light game, players become the Light Bearer who is sent on a quest to walk the legendary Path of Light and save the world from impending disaster. Check out the gameplay video below to learn more.

“As the Light Bearer, your quest is to walk the legendary Path of Light and explore an ancient and beautiful world. The light is the key to open the secrets of this mysterious civilization. You have to understand how various devices work to manipulate the lasers and direct them into the right triggers: – Tesseract: deflects the path of light – Divider: separates the laser in two beams – Converter: modifies the light color – Teleport: brings light into another Teleport – Spherule: moves platforms to change the level’s layout – And many more to discover… You will often have to bend your logical thinking and perceptions to combine the powers of the artifacts and solve the unique challenge of every riddle.”

Features of the Archaica The Path Of Light include :

– Beautiful aesthetic and an extraordinary atmosphere of an ancient and unknown civilization
We have put a lot of work to make Archaica’s world a beautiful and remarkable place. Every single place has its unique atmosphere and encourages further exploration.
– Interesting and unique puzzles
We have prototyped hundreds of puzzles, but selected only a few of them for the game, ensuring that each puzzle is unique and based on a separate idea.
– Intriguing narrative
Revealing the storyline is optional, yet it is available to players who would like to delve into the game’s world. Individual themes are being excerpted to a player piece by piece, while uncovering hieroglyphs scattered on the board. Some themes will be discovered only on completion of the challenging levels.