When Apple released iOS 5 it came with a new feature, notifications, and now it looks like this is something Apple intends to add to their iCloud website as well.

The guys over at MacRumors discovered a test notification on Apple’s iCloud website, which you can see in the photo below, it would appear that this isn’t being tested everywhere as it did not appear when I just logged into my iCloud account. 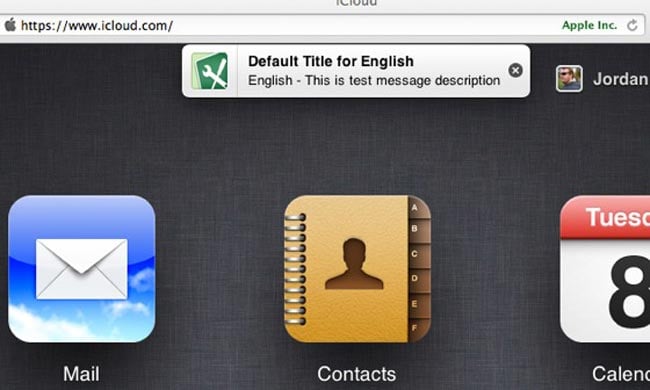 There is no official word from Apple as yet on this new feature on their iCloud website, as soon as we get some  more information we will let you guys know.