The latest rumor doing the rounds is that the rumored Apple Tablet, is due to arrive in March, although we wrote previously that we probably wouldn’t see one until the second half of 2010.

According to analyst Yan Reiner, we can expected to see the Apple Tablet in stores in March of 2010, and that it will come with a 10.1 inch touchscreen LTPS LCD display, instead of an OLED display that was previously mentioned, it could come with 64GB of storage. 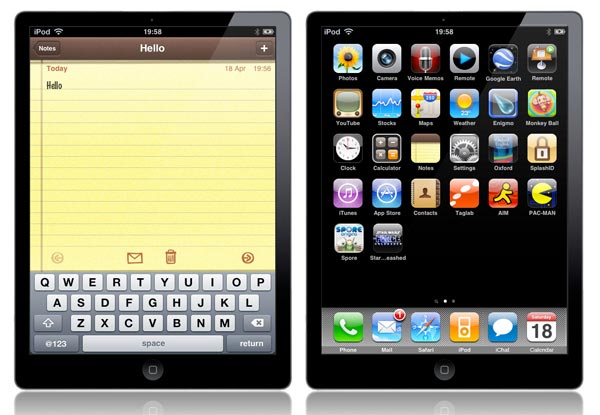 The analyst has also said that Apple has turned to a number of publishers to reach agreements to deliver content to the Apple Tablet.

As with all Apple Rumors this needs to be taken with a pinch of salt, I guess we will have to wait until sometime next year, when Apple may or may not reveal the Apple Tablet, and put us all out of our misery.