Apple [AAPL] has finally announced the Apple Tablet, and it is called the Apple iPad, and it designed to be a device between an iPhone and Laptop. The Apple iPad is designed to be used for email, web browsing, photos, video, music, games and eBooks, and as you can see from the photos it looks like a larger version of the iPhone. 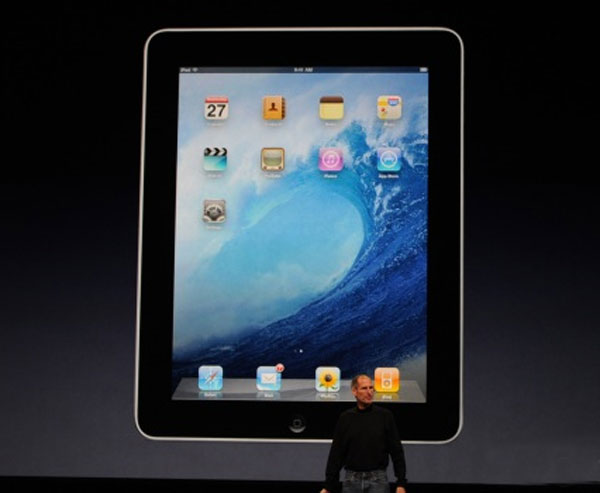 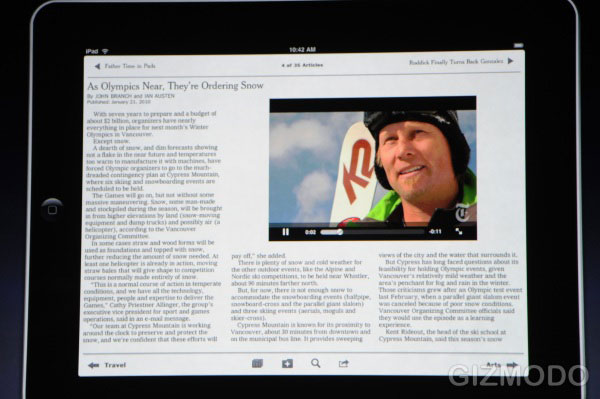 It also features a built in maps application, which is probably Google Maps, so that means it has built in GPS. The battery life on the Apple iPad seems impressive at 10 hours. 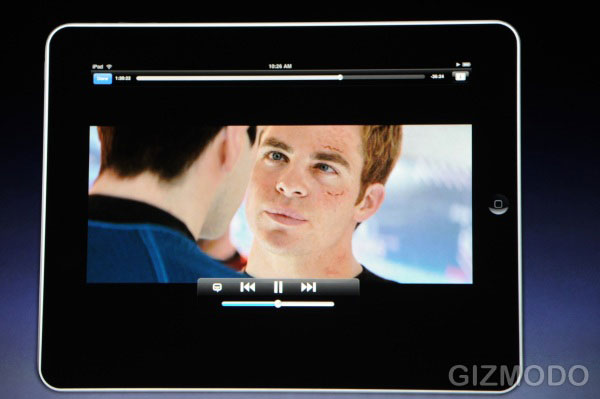 There is also built in 802.11n WiFi and Bluetooth 2.1 + EDR. Apple have enhanced the iPhone SDK to support development of applications for the iPad.

One of the major new features of the Apple iPad is iBooks, or electronic books, and iBooks is an application for the iPad that will let you read books, so basically it turns it into an ebook reader as well. 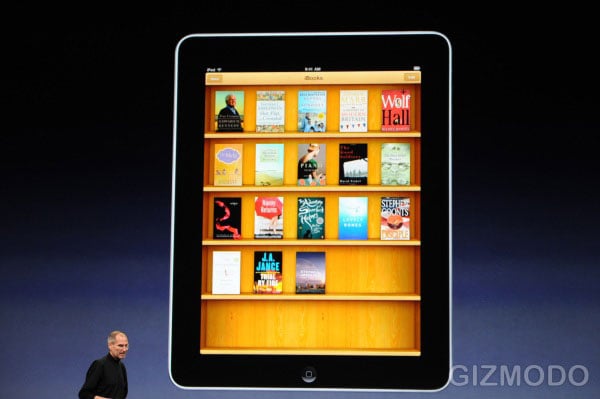 As you can see from the photo above, the iBook application interface looks like a bookshelf, very cool!.

It will also come with a re-designed version of iWork, which will come with a range of features, and you can import images from the photo application and then resize them and move them around.

As well as coming with built in WiFi, there will be models of the iPad available with built in 3G, and the good news is that the data plans seem reasonable, $15 a month for 250MB of data or $30 a month for unlimited data.

The bad news is that it looks like the iPad will be available with AT&T, although you will get free use of AT&T WiFi hotspots, also you are not tied into any contact with AT&T.

It looks like the iPad 3G models are also unlocked so you could use it with any data provider. It will also use the new GSM micro SIMs. There ar no details as yet on international deals for the iPad with 3G although Apple has said that they hope to have international deals in place by June.

Make sure you check out our Apple iPad Review, for full details on what we thought of Apple’s new tablet.