As expected the Apple Store in both the US and UK is now down, as Apple gets ready for the launch of the new iPad 2, and it should come back online shortly after the iPad 2 launch event which is scheduled for 6PM GMT tonight. 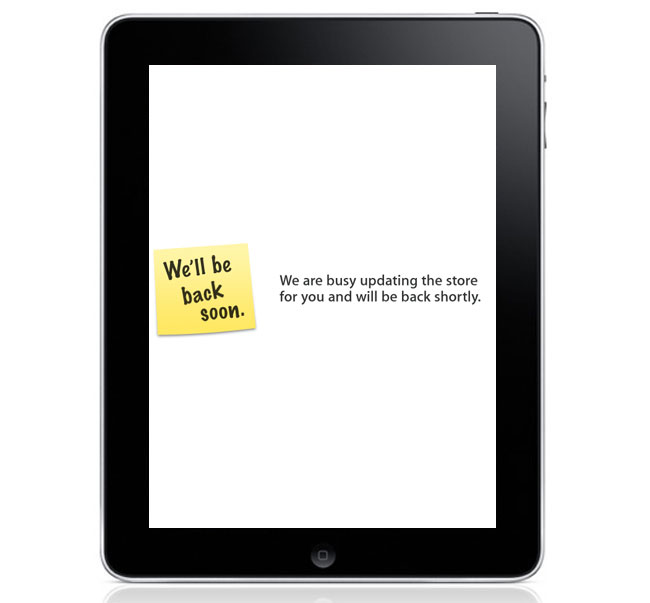 We have already seen some leaked specifications, which could end up being the final specs for the iPad 2 which briefly appeared on Amazon Germany, the page has now been taken down.

The specifications that appeared on the Amazon site include a 1.2GHz processor, the same size display, 512MB of RAM, Bluetooth, a Thunderbolt connection and also a camera.

These specifications tie in with earlier rumors that the iPad 2 would be a minor upgrade over the first generation iPad, and seem about right, although we will confirm what the exact specifications are later today.