Apple is scheduled to launch the iPad 2 later today, but it seems that Amazon Germany may have already leaked Apple’s second generation iPad, as an iPad 2 briefly appeared on the Amazon website. 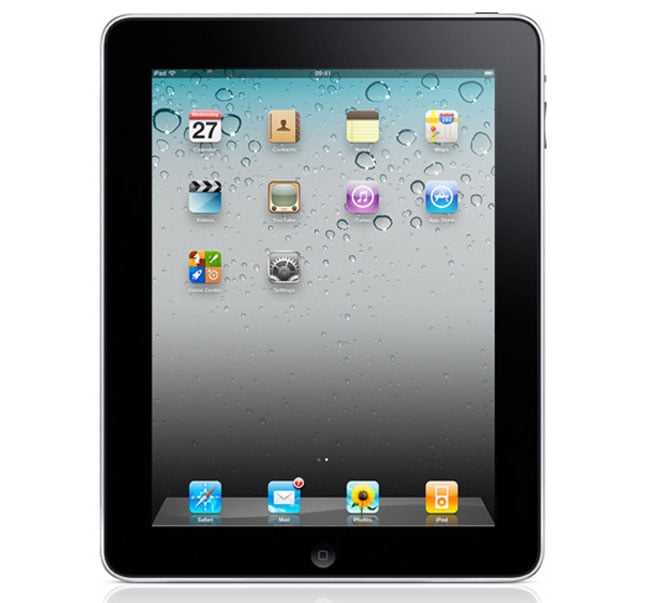 The page has now been removed from Amazon, but before it was removed the following screen shot was taken by the guys over at Your Apple Daily. 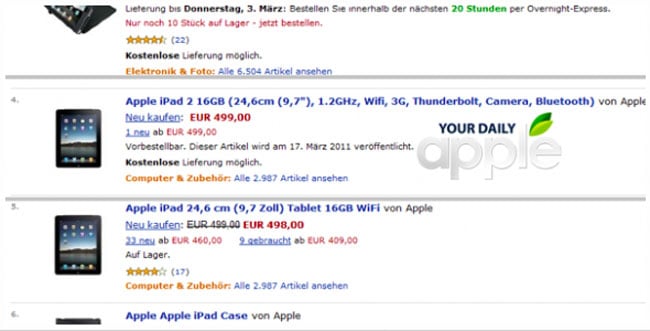 According to the Amazon listing there will be both WiFi and 3G versions of the iPad 2, with 16GB, 32GB and 64GB models. And the listing also provided some specifications which include a 1.2GHz processor, 512MB of RAM, Bluetooth, a Thunderbolt connection and also a camera.

We suspect that these are the specifications that Apple will be announcing this afternoon, and will keep you guys updated as soon as we get more details.