We heard last week that Apple may have something new planned for its Apple Store’s to make their 10th anniversary, and the have now launched Apple Store 2.0, which basically means all the paper displays next to products have now been replaced by iPad 2’s.

The iPad 2’s are used to display information about each product, and they can even be used to call one of the Apple retail staff over to give you some help. 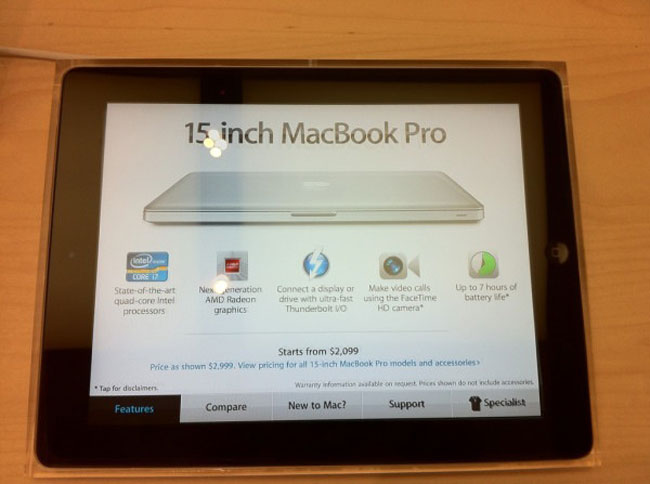 It looks like the iPad’s in the Apple Store’s are running a special version of Apple’s iOS software,a nd the home button has been disabled, and they can’t be used in the normal way an iPad can.