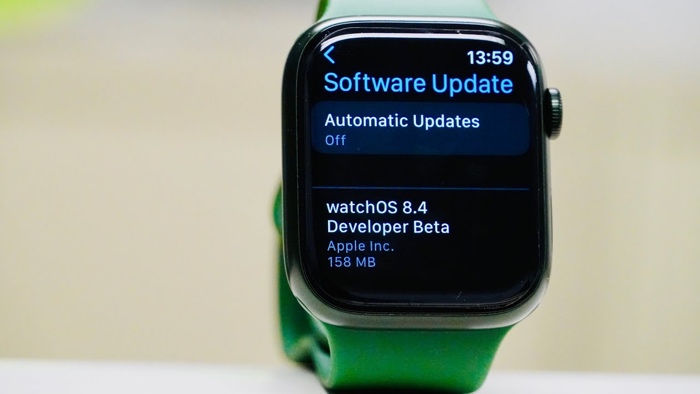 Earlier we heard about the new iOS 15.3 beta 1 software and now we have details on another new beta from Apple, watchOS 8.4 beta 1.

There were some new features in the watchOS 8.3 update, this new beta appears to come with a range of bug fixes and performance improvements. The video below from Half Man Half Tech gives us a look at this new beta of watchOS.

As we can see from the video there are some minor changes in this new release of Apple’s watchOS software, but no major new features.

There is a minor change in the Messages app on the Apple Watch with the new child safety communication features and more.

As this is the first beta of the new Apple WatchOS, it will be a while before the final version of the software is released. We are expecting this to happen sometime in January, as soon as we get some details on the release date and also the release of the new iOS 15.3 and iPadOS 15.3, we will let you know.