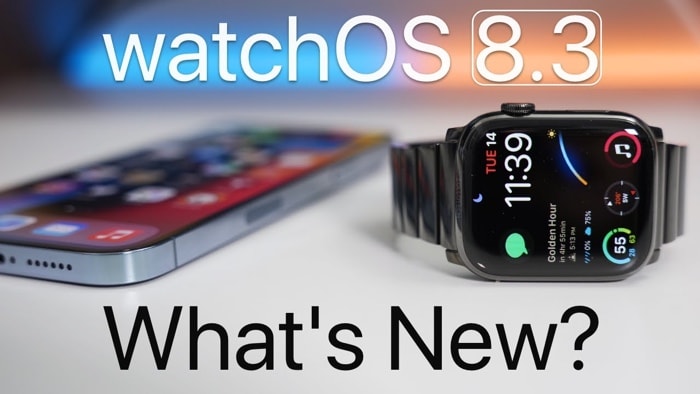 Apple recently released their watchOS 8.3 software update for the Apple Watch and now we get to find out more details about what is included in the update.

The video below from Zollotech gives us a look at the latest version of Apple’s watchOS software and its range of features.

As we can see from the video this update brings a range of bug fixes and performance improvements, it also comes with some new features.

Included in this update is the Assistive Touch feature for older versions of the Apple Watch like the Series 4 and Series 5 devices.

It also included the new Apple Music Voice Plan which lets you use Apple Music with Siri, this is the cheapest version of Apple Music at $4.99 a month, it can only be controlled via Siri.

This software update also includes the new App Privacy Report which lets you know which apps are accessing your data on your device.

The new watchOS 8.3 software is now available to download for the Apple Watch, you can install it from the Apple Watch app on your iPhone. Apple also released a range of other updates, these included tvOS 15.2, macOS Monterey 12.1, iOS 15.2, and iPadOS 15.2 at the same time.