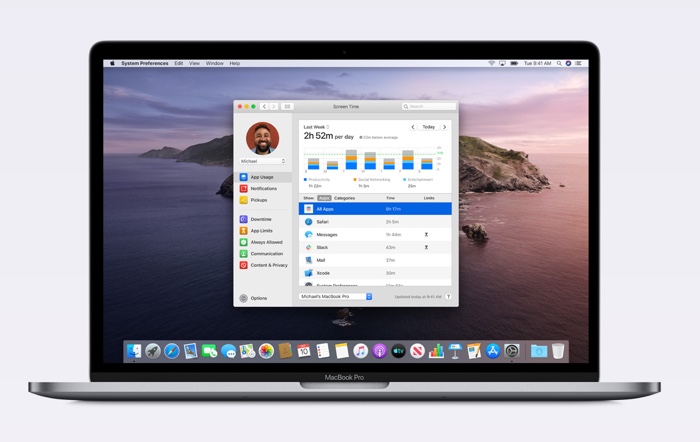 Apple has released a new software update for the Mac, macOS Catalina 10.1.5.5 and it brings some new features to the Mac and also a range of bug fixes and performance improvements.

One of the major new features in this update is Battery Health Management, this is designed for Apple’s notebooks like the MacBook Pro and MacBook Air.

The Battery Health management works in a similar way to the iPhone version, it will work out when is the best time to charge the battery. If a notebook battery is charged fully and continues to charge then this can reduce the life of the battery.

With this new feature, it will stop charging just before it reaches full charge, the final part of the battery will be charged just before you need it. The computer will work out when to charge the final part based on your previous usage.

The update also brings some changes to FaceTime, you can now turn off the feature that makes the person speaking in group calls more prominent than the other people in the call. There are also some changes to the fine tuning and calibration for the Pro Display XDR.

The update also comes with a range of bug fixes and it is now available to download, you can find out more information about the update over at Apple at the link below.