Apple has released an update for its iPhone operating system, iOS 4.0.1 ahead of today’s press event relating to the iPhone 4. The update is available for the iPhone 3G, iPhone 3GS and iPhone 4.

The update changes the way your cellular signal is displayed, as you can see in the photo below, what it does is adjust the visual signal bar it doesn’t seem to have changed the actual signal strength. 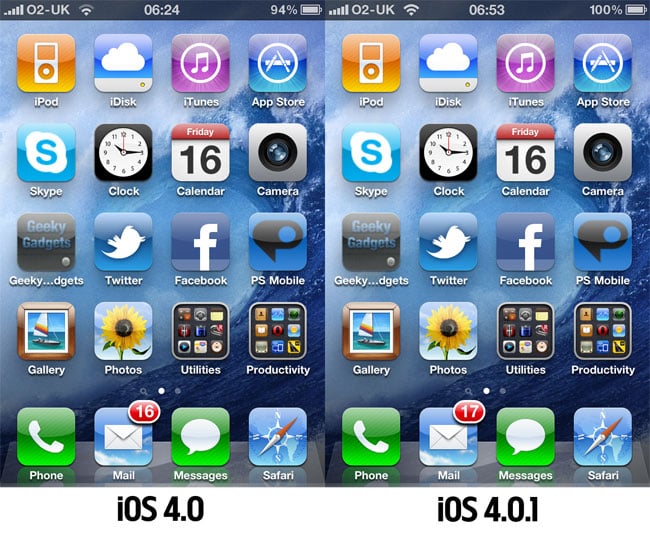 Apple will no doubt be discussing this update later today at their iPhone 4 press event. It will be interesting to see what they have to say regarding the iPhone 4 reception issues, and what solution they will offer for iPhone 4 users.

Apple has also released an update for the iPad, iOS 3.2.1 which is designed to address a number of problems which include WiFi connectivity, and they have also added Bing as an option for Safari.