Apple has today released an update for their new MacBook Air which should hopefully fix the issues some owners have been experiencing with the display.

The problems were first reported just after launch with users reporting flickering horizontal lines on both models with displays sometimes becoming discoloured after the MacBook Air would wake from sleep. 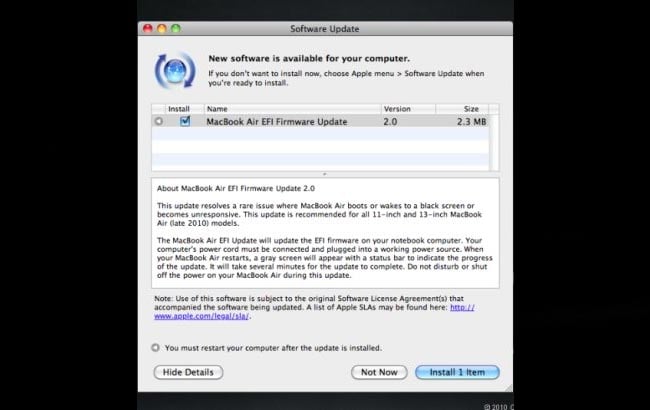 Apple confirmed that there was a problem at the beginning of November and has now issued an update designed to correct the display issues in both the 11 and 13 inch Air’s. If you have experienced problems with your MacBook Air and the update has solved the issues let us know by posting a comment below.