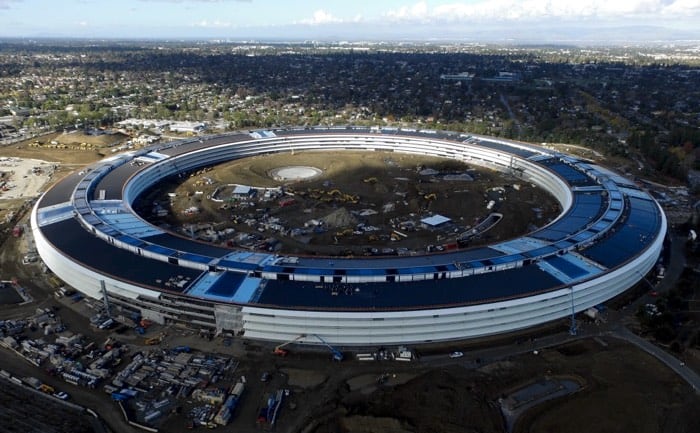 Apple opened their new visitor center at their Apple Park last week, the company has been working on their spaceship campus over the last few years and it is almost completed. We have seen a number of videos of the Apple Park over the last couple of years.

A mew drone video has been released which gives us a good look at Apple’s new headquarters, the company is still working at finishing it off with some building work still being undertaken.

As we can see from the video the new Apple park is massive, it has room for more than 12,00o staff. It also has a massive underground car park with room for 2,400 cars. Apple are expected to have everyone moved into their new campus in April of next year.