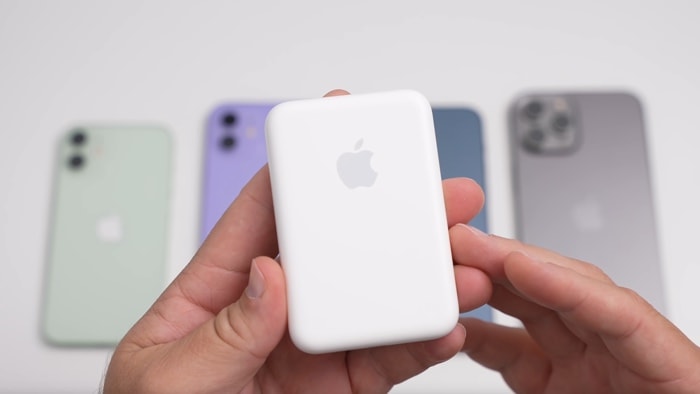 Apple recently launched their new MagSafe Battery Pack for the iPhone, we have already seen an unboxing video of the device and now we have another video.

The video below gives us a look at Apple’s new battery pack and we get to find out how good the device is at charging your iPhone.

The new MagSafe Battery Pack connects to the back of your iPhone magnetically. As well as being able to charge your iPhone, it can also be reversed charged from your iPhone. Lets find out more details about the device.

As we can see from the video, if you use the reverse charging feature on the battery pack it takes a while for the device to actually charge.

If you want to charge both devices at the same time with one cable then charging the battery pack direct with the cable appears to be quicker for both devices.

Apple’s MagSafe Battery Pack retails for £99, whether it is worth this remains to be seen as it does not give any of the iPhones a full charge.