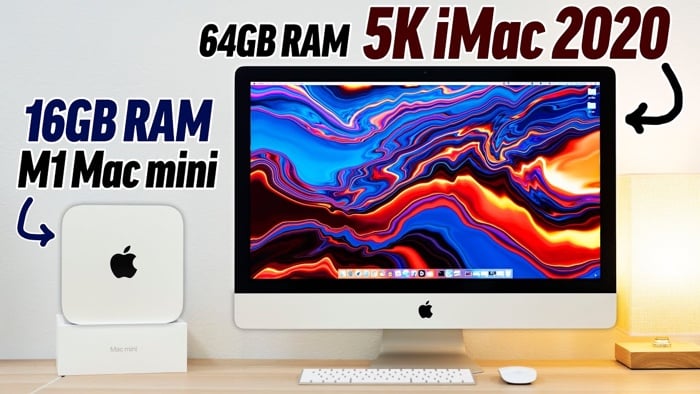 Apple’s new M1 powered range of Macs are impressive from what we have seen so far and now we get to see a new M1 Mac Mini vs iMac 5K.

The video below from Max Tex puts an $899 iMac with the new M1 processor up against an iMac 5K which cost $2,549, lets find out how they compare.

The Mac Mini comes with 16GB of RAM and the iMac 5K comes with 64GB of RAM, there is a considerable difference in price between the two devices, although the iMac does feature a built in display.

As we can see from the video, Apple’s new M1 powered Mac Mini is an impressive device, we cant wait to see what Apple’s new Silicon powered iMacs are like when they are launched.

We are expecting a number of new Silicon Macs from Apple next year, this will include some more MacBooks and also some new Silicon iMacs.