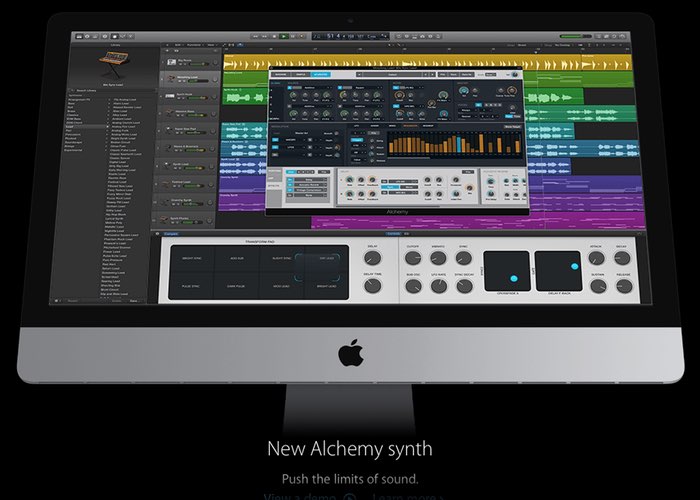 Apple has this week rolled out a major update to its Logic Pro X music creation software taking it to version 10.2 and adding support for Apple’s Music’s connect and Alchemy synth.

The latest update is free for existing Logic Pro X owners and builds on the previous major update that was released earlier this year. The Apple Logic Pro X Music editing and creation software is available to purchase price at $199.

Logic Pro 10.2 gives you even more power to create electronic music with Alchemy, a next-generation synthesizer. Alchemy works hand in hand with all the beat-making and music-production features introduced in Logic Pro 10.1 to create all types of music, including EDM and Hip Hop.

Alchemy, the ultimate sample-manipulation synthesizer, comes to Logic Pro X. The enormous library, keyword browser, advanced synthesis tools, and easy-to-use Performance Controls let you discover, create, and transform sounds like never before. Combining this powerful new synth with exciting features introduced in Logic Pro 10.1, such as Note Repeat and Spot Erase, 10 new EDM and Hip Hop Drummers, and Drum Machine Designer, this is the most powerful version of Logic Pro X ever.

As well as rolling out the 10.2 update to Logic Pro X, Apple is also preparing to rollout updates to Logic Remote in the form of 1.2.2 for iPad and MainStage version 3.2 via the Mac App Store.