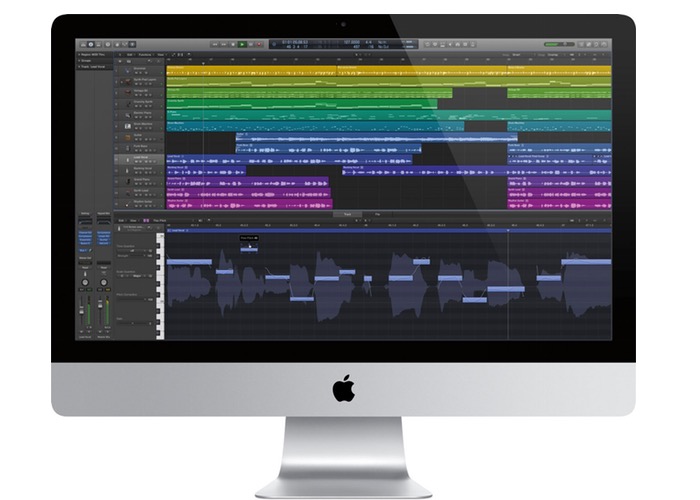 This week Apple has rolled out a new update to its music creation software in the form of Logic Pro X 10.1 bringing with it a wide range of new features and enhancements for users to enjoy.

The new Logic Pro X features include ten new drummers that produce beats in a variety of electronic and hip-hop styles including techno, house, trap and dubstep.

As well as a new Drum Machine Designer plug-in that offers new sounds and features for customising electronic drum kits in a variety of styles, with the ability to now create a sequence of notes with a single mouse gesture using the new Brush Tool in the Piano Roll Editor.

Apple has also made is much easier to manage large-scale mixes thanks to the addition of console-style VCA faders and Relative and Trim Automation modes extend the options for fine-tuning existing automation.

Other new features worth mentioning are the addition of support for both Mail Drop and Air Drop in OS X Yosemite makes it even easier to share your Logic projects. Apple explains :

“Logic Pro X is the most advanced version of Logic ever. Sophisticated tools for professional songwriting, editing, and mixing are built around a modern interface that’s designed to get creative results quickly and also deliver more power whenever it’s needed. Logic Pro X includes a massive collection of instruments, effects, and loops, providing a complete toolkit to create amazing-sounding music.”

To learn more about all the new enhancements and features that should be added to the Logic Pro X 10.1 update job over to the Apple Mac store where software is available to purchase for $199.