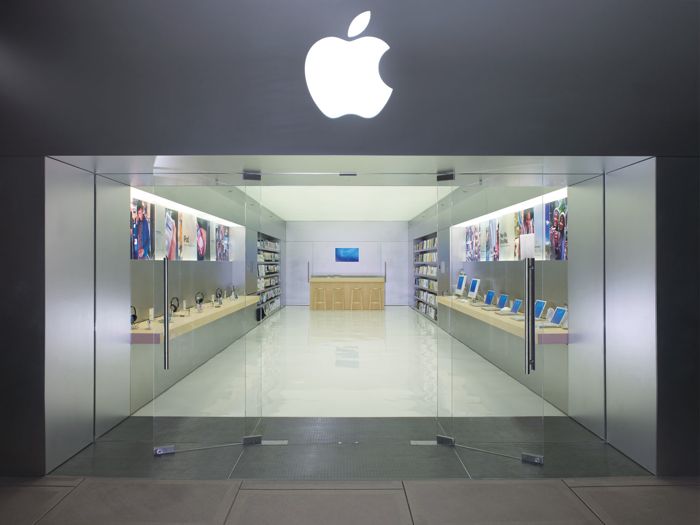 Amazon has been the number one online retailer for quite some time, and they are quite far ahead of other online retailers, in terms of overall revenue generated, and now Apple has made it to the second spot, according to a recent report.

In 2013 Apple generated $18.3 billion in total online sales, this is a 24 percent increase on the previous year, and Apple’s growth was actually higher than Amazon’s growth in 2013, who saw a 20 percent increase in sales.

Amazon has much higher revenue though, in 2013 they had total online sales of $67.8 billion, which is more than its 10 nearest competitors. 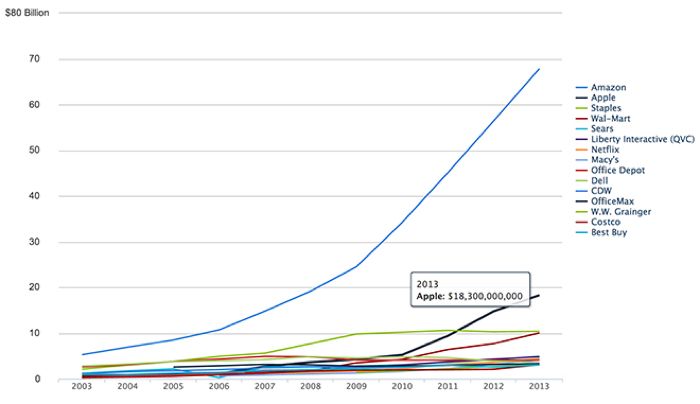 Some of Apple’s increase in online sales is attributed to Apple including hardware sales in their figures, previously online sales only included iTunes and the App Store.

Staples was previously in number two position, they have now dropped to number three after Apple took second place with their increased sales.