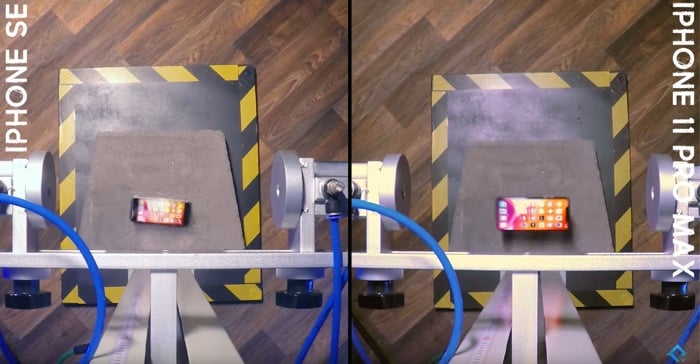 Apple recently launched their new iPhone SE smartphone, the handset is Apple’s most affordable device with a starting price of $399.

We have seen a number of videos of the handset and now we have a drop test video comparing the iPhone SE vs iPhone 11 Pro. The new SE is based on the iPhone 8 design, lets see how it does in the drop test.

As we can see from the video the iPhone SE was still working at the end of the drop test and it appears to be more durable than the iPhone 11 Pro. This is not surprising as the iPhone 8 which it was based on was one of Apple’s most durable smartphones.

The handset comes with the same A13 Bionic processor as the iPhone 11, it also comes with 3GB of RAM and a choice of three storage options, 64GB, 128GB and 256GB, the device is available to buy for $399.