With Apple’s latest iPhone press event next week Matthias has taken the opportunity to poke a little fun at the iPhone 5S launch and has created a parody video of the Apple ipHone 5S press event video that will surely be released shortly after the main event, take a look after the jump for plenty of laughs. 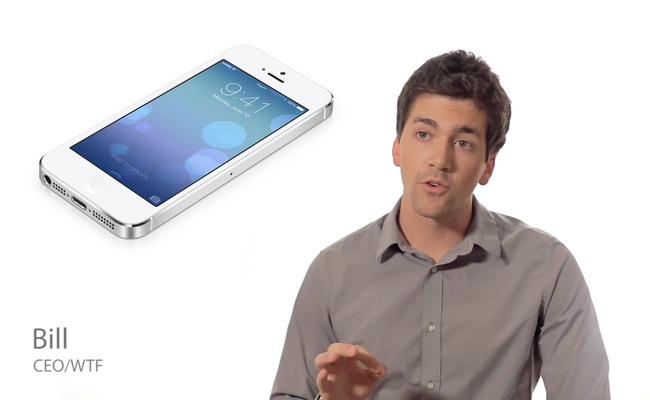 Apple is also expected to announce a new iPhone 5C smartphone together with the launch of its new Apple iOS 7 mobile operating system which has been in development for some time.

There have been plenty of rumours circulating regards the features and specifications that users can expect to enjoy with the new iPhone 5S which including a dual LED flash for the camera, together with a faster A7 processor and of course the new gold or champagne coloured iPhone 5S case.