Apple Patents have been discovered that reveal Apple, may be looking to launch a iPen stylus for its iPad and iPhone devices. Following along the the lines of Samsung with its Galaxy Note 10.1 stylus.

The Patents discovered by Patently Apple, include details of a new iPen that uses haptic feedback to help the user navigate within applications and around the tablet. 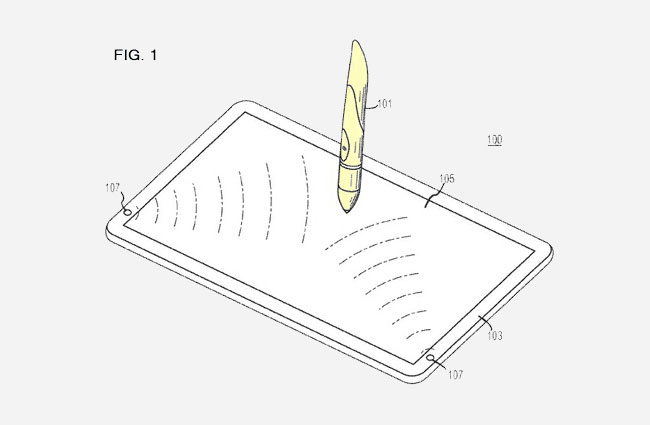 Within the patents Apple describes the way that the iPen Stylus could use orientation sensors to detect when when the iPen rotates. Enabling users to then draw with thinner or thicker lines, darker or lighter marks etc. Patently Apple in its report explains in its findings: