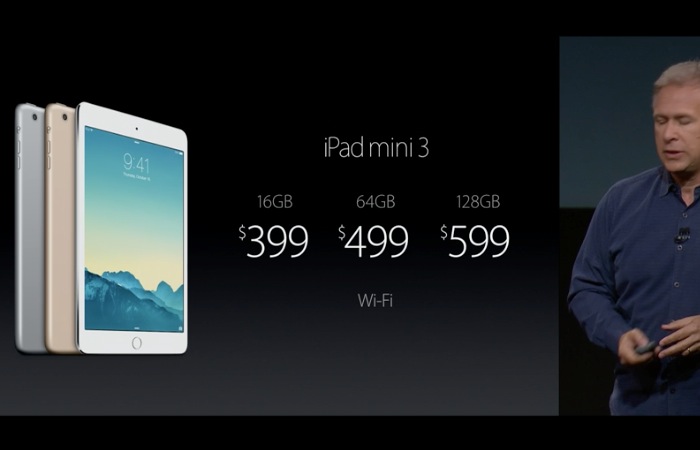 Apple as expected also announced the launched of their new Apple iPad Mini 3 which will be available in either 16, 64 or 128GB sizes. 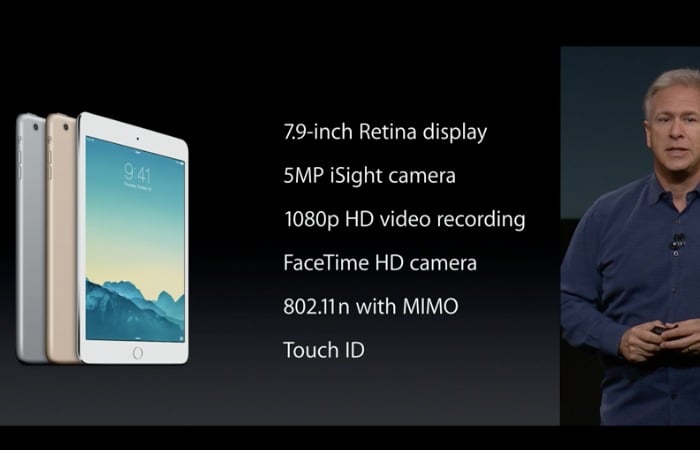 Apple has also announced they have dropped with price of their existing iPad Air, iPad Mini and iPad Mini 2 tablets prices by $100.

The new Apple iPad Mini 3 didn’t get as much airtime during the presentation today and it seems that the hardware within the iPad Mini 3 doesn’t reflect the new hardware that has been included in Apple’s flagship iPad Air 2 tablet.

As we find out more details regards the hardware included in the Apple iPad Mini 3 we will keep you updated as always. Also for more information on the new Apple iPad Mini 3 and its full specifications jump over to the Apple website for details that are surely to be added by Apple very shortly by. 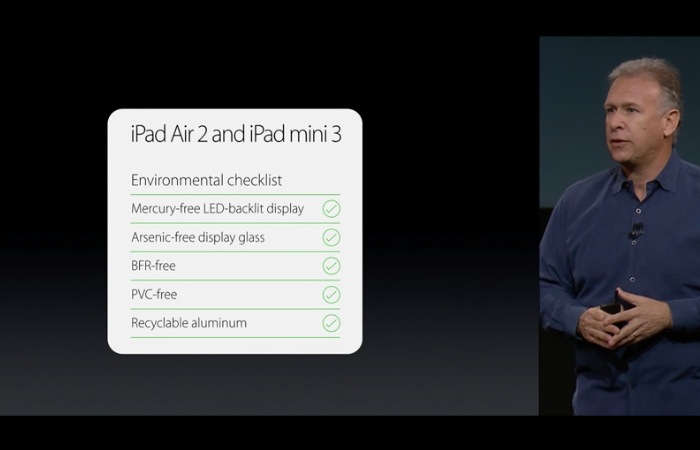