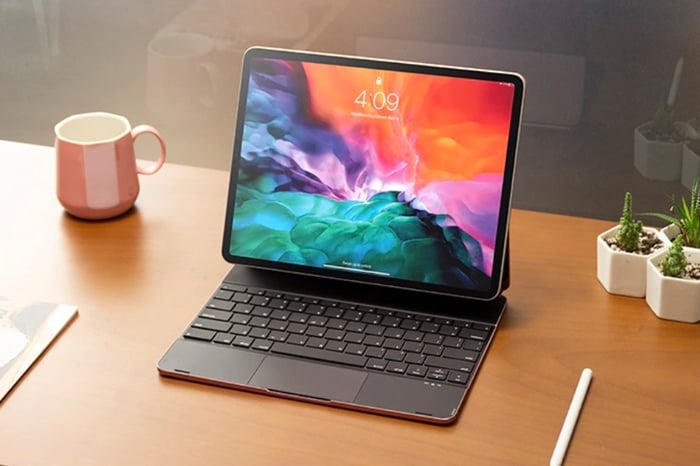 Building on their previous designs the creative team at Doqo have launched a new Apple iPad case and Smart Keyboard allow you to both be productive and protect your Apple tablet. The unique case offers a 360° rotating design, touchpad, aluminium housing, backlit keyboard, large capacity battery and support for a wide variety of different iPad versions. 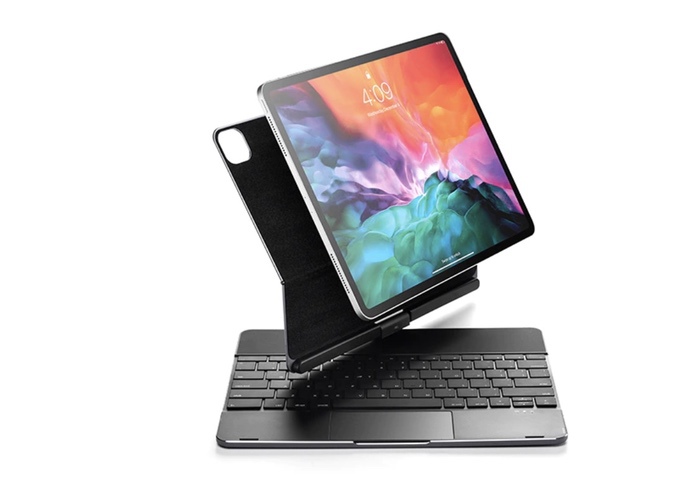 Backer early bird pledges are now available for the novel project from roughly $109 or £82, offering a considerable discount of approximately 50% off the recommended retail price, while the crowd funding campaign is under way. If the Doqo Kickstarter campaign is successful and the project progresses smoothly, worldwide shipping is expected to take place sometime around February 2021. To learn more about the Doqo project watch the promotional video below. 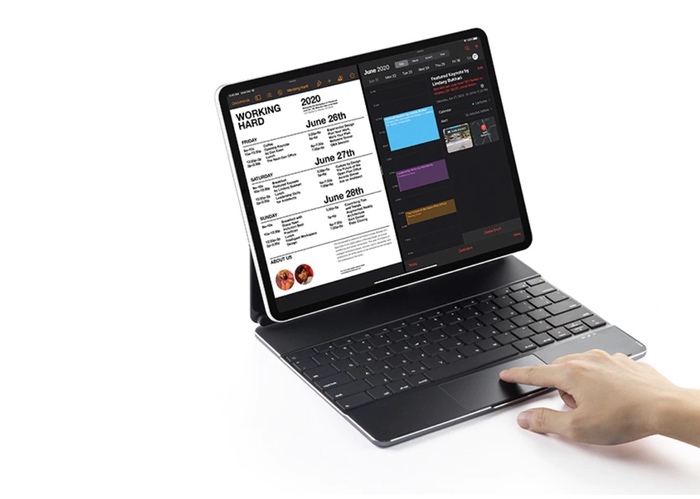 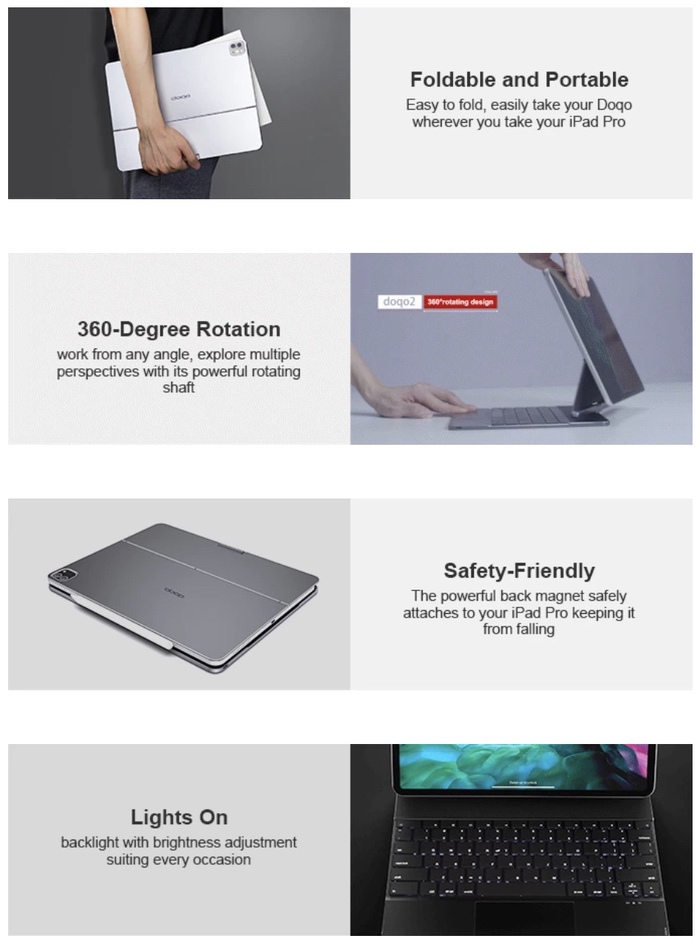 “As a protective case with an integrated smart keyboard, the Doqo features a 90-degree opening angle once the iPad is attached to the device you can make it 45-degree tilted. The Doqo is designed with a powerful rotating shaft that supports a full and smooth 360-degree rotation. Whether you’re doing a presentation, working from a different angle or simply want to show something on the screen with a client, colleague or friend, just rotate your iPad Pro from the Doqo’s rotating shaft.” 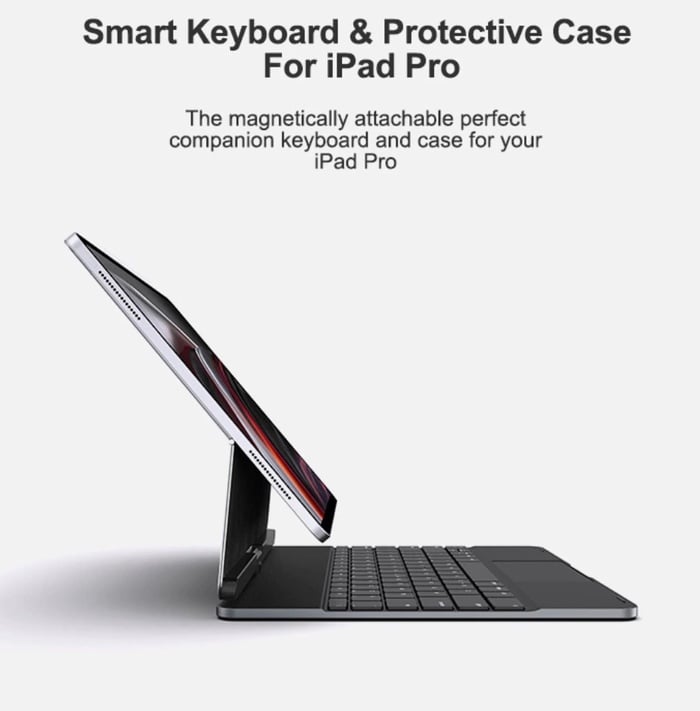 “You use some things because they’re beautiful and some other things because they’re useful. So why not join them? The Doqo is equipped with a backlight—that is both elegant and convenient—that you can adjust according to the occasion and your needs. You see, wherever you are, wherever you need to use it, Doqo will always have every aspect of your user experience and needs impeccably covered!”

Doqo is equipped with a powerful back magnet that strongly and safely attaches to your iPad Pro. For a complete list of all available project pledges, stretch goals, extra media and engineering specifications, jump over to the official Doqo crowd funding campaign page by following the link below. 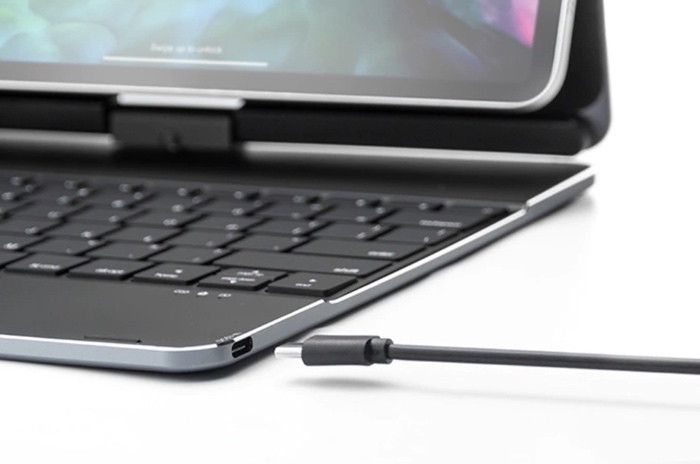