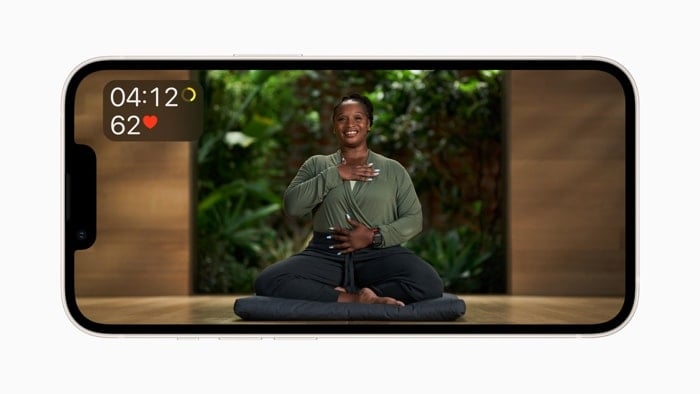 Apple has announced at its iPhone event that its Apple Fitness+  is getting some new features, this includes a new guided meditation feature, plus Pilates and more.

Apple will also introduce some new workouts on the 27th of September called workouts to Get Ready for Snow Season.

Apple today announced that Apple Fitness+, the first fitness service built entirely around Apple Watch, will introduce guided Meditation, a simple way to practice mindfulness anywhere, anytime, and Pilates, a new low-impact, body-conditioning workout type, on September 27. Fitness+ is also introducing a new program — Workouts to Get Ready for Snow Season — featuring and designed with two-time Olympic gold medalist and five-time world champion skier Ted Ligety, along with Fitness+ trainer Anja Garcia. Inspired by winter sports, the program will help build strength, balance, and endurance so users can have more fun on the slopes, all the way to the last run.

Later this fall, Fitness+ will introduce Group Workouts with SharePlay, where users can work out with up to 32 people at once to keep each other motivated. And later this year, Fitness+ will be available in 15 new countries with the addition of Austria, Brazil, Colombia, France, Germany, Indonesia, Italy, Malaysia, Mexico, Portugal, Russia, Saudi Arabia, Spain, Switzerland, and the United Arab Emirates. Fitness+ will be available in English with subtitles in six languages, so more people can experience the workouts led by a diverse and inclusive team of trainers whose approach is tailored to every body at every fitness level.

You can find out more details about all of the features coming to Apple Fitness+ over at Apple’s website at the link below.