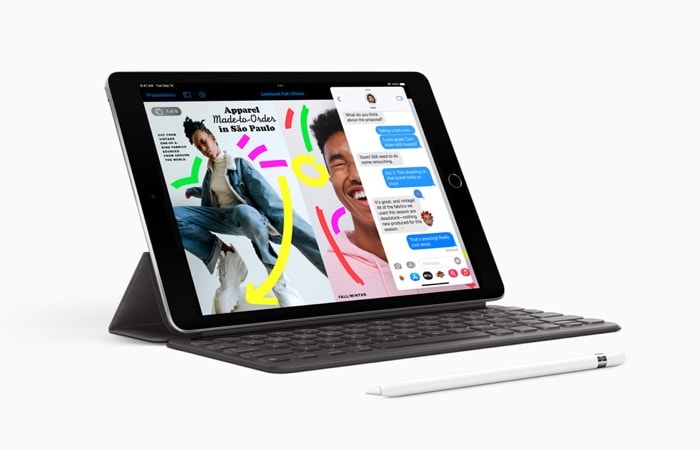 Apple has unveiled their new 10.2 inch iPad at their iPhone 13 press event yesterday, this is the entry level

iPad and it comes with a range of upgrades over the previous model.

The device features an Apple A13 Bionic processor and a 10.2 inch 10.2-inch Retina display with True Tone, it also has a 12 megapixel ultra wide front camera.

The device supports the Apple Pencil and it also comes with support for the Smart Keyboard, prices for the tablet will start at $329.

The new iPad comes equipped with the powerful A13 Bionic chip, delivering a 20 percent performance boost over the previous generation. This makes the new iPad up to 3x faster than the best-selling Chromebook, and up to a whopping 6x faster than the best-selling Android tablet.2 The added performance will allow users to seamlessly run advanced apps and games on the most affordable iPad. The Neural Engine in A13 Bionic also powers next-level machine learning capabilities, including Live Text coming in iPadOS 15, which uses on-device intelligence to recognize text in a photo that users can take action on.

You can find out more details about the ninth generation 10.2 inch iPad over at Apple’s website at the link below, the device will be available to pre-order this Friday and it will go on sale on the 24th of September.