Apple has been celebrating 30 years of the Mac over the last week and a half, the Mac was 30 years old on the 24th of January 2014.

We have already seen a timeline of the Mac, which Apple posted on their homepage and now they have released a new video which was shot entirely on the iPhone and edition on a Mac, you can see the video below. 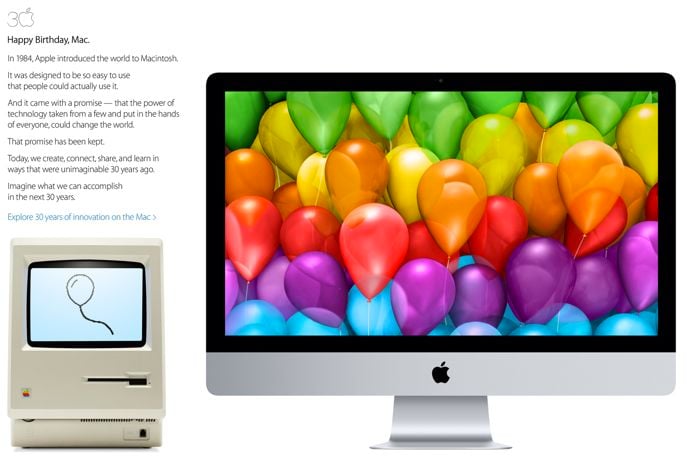 Thirty years ago Macintosh promised to put technology in the hands of the people. To celebrate Mac’s birthday, this film was shot around the world in one day, entirely on iPhone. Here’s to the next thirty.

We also recently saw a video featuring the late Steve Jobs when he first demoed the first Apple Mac to the public 30 years ago, you can see the video here.