Ever since Comex released his iPhone and iPod Touch jailbreaking tool, JailbreakMe, which lest you jalbreak your iPhone 4 just by visiting JailbreakMe from a Safari browser on your iPhone, we have seen videos of people jailbreaking iPhones in various Apple retail stores.

It seems it became quite popular, and quite a few stores were hit with jailbroken iPhones and iPods, and it looks like Apple has decided to stop people from doing this in their retails stores. 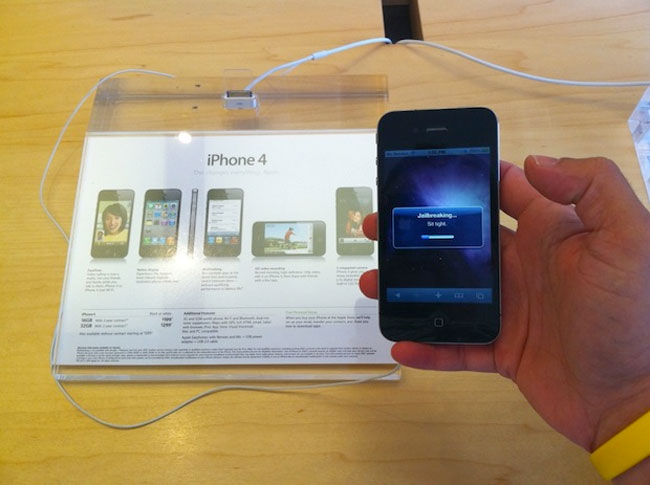 Apple has now blocked JailbreakMe.com for their stores, and anyone using this URL will automatically be re-directed back to Apple’s website, I wonder if this will be their solution in the next iPhone software update to stop users jailbreaking their iPhones.