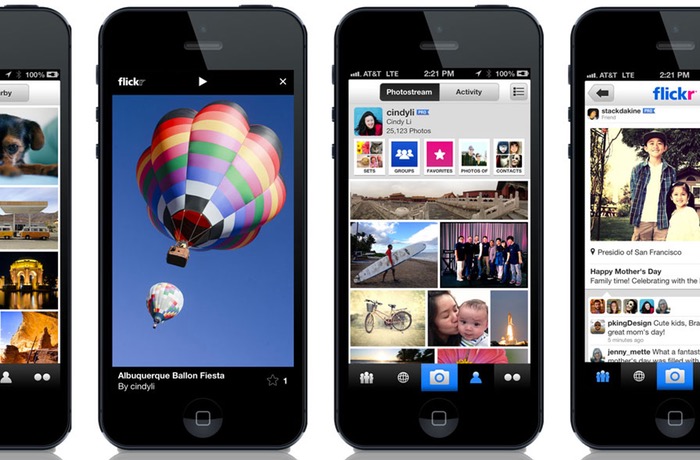 New Flickr usage statistics published this week have shown that Apple has now beaten Nikon and moved into second place behind Canon as the most popular cameras used to create Flickr imagery during 2014.

The new figures are based on all the photographs uploaded to Flickr during last year, with Canon taking first place with 13.4 percent of Flickr users using their cameras, retaining their first position from 2013.

Followed in second place by Apple who edged above Nikon in to second place with 9.6 percent of Flickr users compared to Nikon’s 9.3 percent. Samsung took 4th place with 5.6 percent and Sony 5th with 4.2 percent.

The statistics also revealed the most popular smartphone devices which as you can expect were dominated by Apple’s iOS devices. With 10.6% of Flickr users equipped with an Apple iPhone 5s, while 7% were snapping with the older Apple iPhone 4s.

Check out the table of statistics below to compare the top 10 performing manufacturers from 2013 and 2014. It will be interesting to see how those positions change during 2015 and as always we will keep you updated. For more information on the statistics follow the links below. 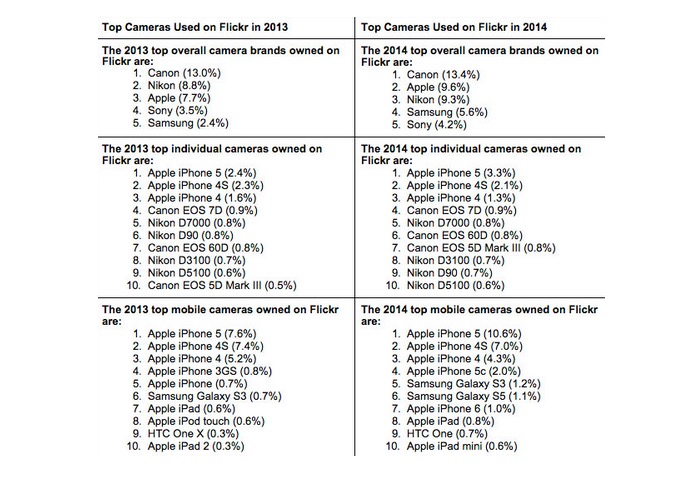