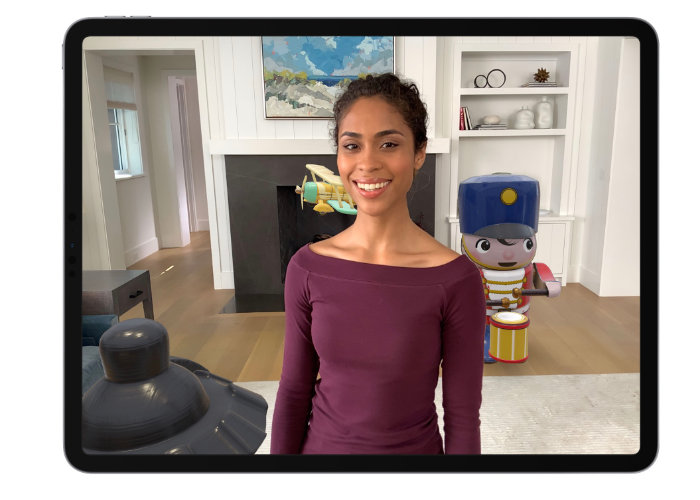 – Now you can simultaneously use face and world tracking on the front and back cameras, opening up new possibilities. For example, users can interact with AR content in the back camera view using just their face. Now ARKit Face Tracking tracks up to three faces at once, using the TrueDepth camera on iPhone X, iPhone XS, iPhone XS Max, iPhone XR, and iPad Pro to power front-facing camera experiences like Memoji and Snapchat.

– Detect up to 100 images at a time, and get an automatic estimate of the physical size of the image. 3D-object detection is more robust, as objects are better recognized in complex environments. And now, machine learning is used to detect planes in the environment even faster.

Other features rolling out with Apple ARKit 3 include :

For more details on the new Apple ARKit 3 and its features jump over to the official Apple developer website.