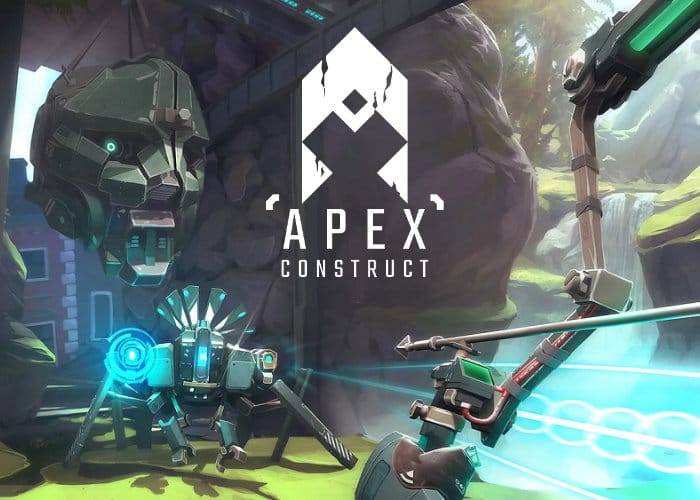 Indie development studio Fast Travel Games has today announced the launch of their new Apex Construct, archery action adventure game on to the PlayStation VR platform. Apex Construct is set in a post-apocalyptic world and offers a single player virtual reality bow shooter which will also be launching on the Oculus Rift, HTC Vive and Windows Mixed Reality headsets next month on March 20th, 2018. Apex Construct was first unveiled during Paris Games Week (PGW) last year, and is the first game from the Stockholm-based studio founded back in 2016 by former creators of franchises such as the Battlefield franchise and Mirror’s Edge.

Watch the launch trailer to learn more about what you can expect from the Apex Construct game in which you are the only remaining human on the planet where two powerful artificial intelligence systems are locked in a drawn-out conflict. Equipped with a bow and shield you need to fend off predatory robots which have been created during mankind’s reckless experiments. Apex Construct offers plenty of action, puzzles and adventure as you try to figure out why life has become extinct on the planet.

Jump over to the official PlayStation VR online store to purchase and download your copy of Apex Construct or jump over to the Steam games network for the HTC Vive and Oculus Rift VR headsets. If you are interested in virtual reality archery style games you might also be interested in the awesome In Death game which is currently available via Steam Early Access.