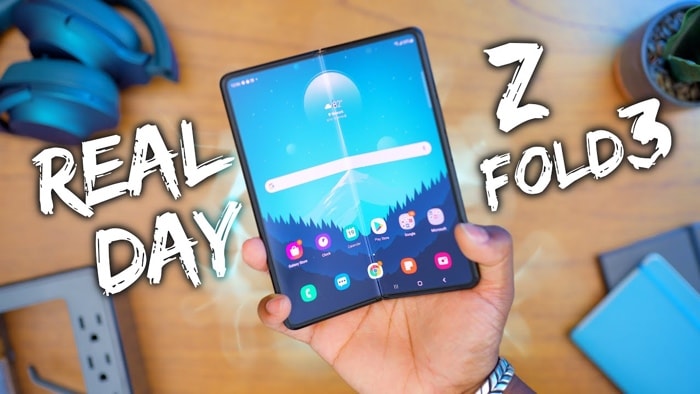 The Samsung Galaxy Z Fold 3 smartphone launched recently, we have already seen a number of videos of the handset and now we have another one.

The new video from UrAvgConsumer gives is a good look at the design and features of the new Galaxy Z Fold 3 smartphone.

The handset comes with a Snapdragon 888 processor and it also comes with 12GB of RAM and either 256GB or 512GB of storage.

On the rear of the handset there is a triple camera setup which is made up of a 12 megapixel wide angle camera, 12 megapixel ultrawide camera and a 12 megapixel telephoto camera. The handset also comes with a 4400 mAh battery and fast charging.

The new a Samsung Galaxy Z Fold 3 is now available to buy in the UK for £1599 for the 256GB model and £1,699 for the 512GB model, it comes in three colors Phantom Silver, Phantom Green and Phantom Black.