Samsung announced a couple of week back that Angry Birds was headed to some of their Smart TVs, and now they have announced that the game is available to download.

Angry Birds is now available from Samsung’s TV app store and the game will work with the Samsung ES7000, ES8000 and ES900 series of Smart TVs. 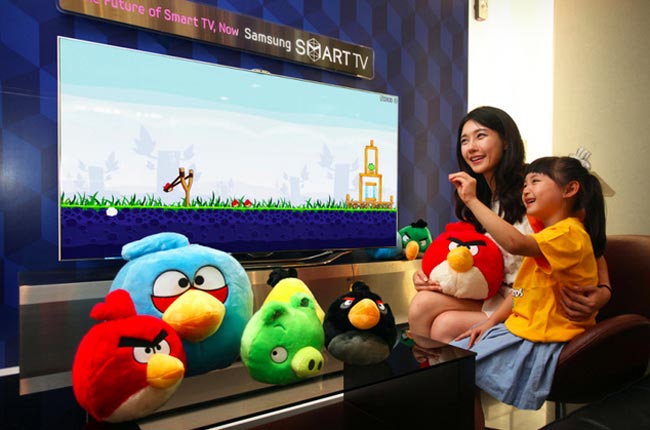 The game is played using motion controls on the Samsung Smart TVs, and the Angry Birds can be thrown across the screen at the green pigs using hand gestures.

The game is now available as a free download from Samsungs App Store.