Further to my post earlier today about the new free Angry Birds iOS game, Rovio also looks to be making the jump from digital games.

Rovio has licensed its artwork to Mattel who is now in the process of creating a board game called ‘Angry Birds Knock on Wood’ inspired by the Angry Birds game. 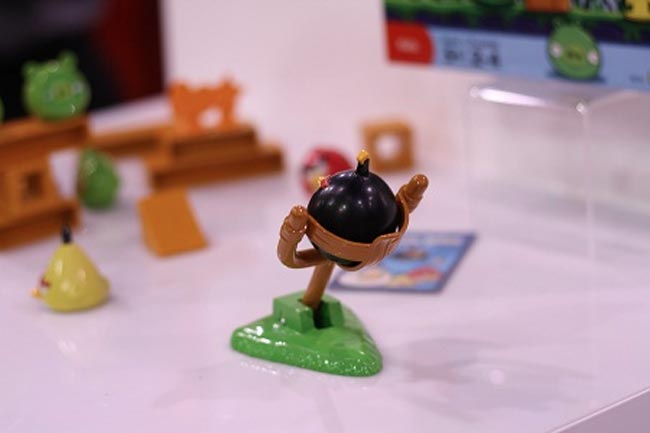 The board game version of the Angry Birds game will come with 14 building blocks, three birds, four pigs and a bird launcher, pictured above.

One of the players controls building the plastic structures and positioning their pigs in between and the other fires their birds knocking them for points. The first player to hit 1,000 points is a winner.

Mattel is hoping to start selling the Angry Birds Knock on Wood board game in May for $14.99