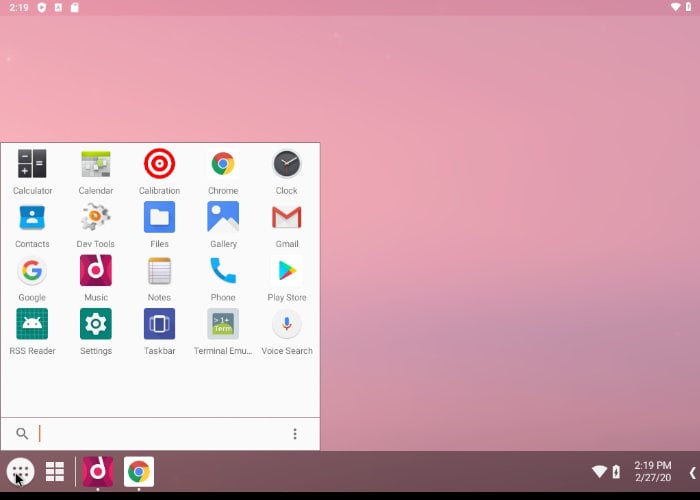 The team at the Android-x86 project Abba released their latest version of an Android based desktop operating system, offering an open source platform that can run Android 9 Pie on a desktop, laptop, or tablet with an Intel or AMD processor. Today the team announced the public release of Android-x86 9.0, the first stable release for Android-x86 9.0 (pie-x86). The prebuilt images are now available to download from Foss Hub and OSDN, check out the links below.

The latest release includes support for 32-bit and 64-bit x86 processors, hardware-accelerated graphics with support for OpenGL ES 3.x on Intel, AMD, and NVIDIA GPUs, as well as experimental Vulkan graphics support, together with an optional Taskbar launcher, although you can also use the default Android-style launcher if you prefer. Other supported areas within the Android desktop operating system include WiFi, Bluetooth, Ethernet, camera, audio, and multitouch input.

“This is a project to port Android open source project to x86 platform, formerly known as “patch hosting for android x86 support”. The original plan is to host different patches for android x86 support from open source community. A few months after we created the project, we found out that we could do much more than just hosting patches. So we decide to create our code base to provide support on different x86 platforms, and set up a git server to host it. This is an open source project licensed under Apache Public License 2.0. Some components are licensed under GNU General Public License (GPL) 2.0 or later. If you think we did something great, consider making a donation.”