Motorola and Verizon have officially announced the latest Motorola Android smartphone that will be coming to Verizon Wireless, the Motorola Devour.

The Motorola Devour will be come with Google Android 1.6, and it features a 3.1 inch capacitive touch screen, plus a touch sensitive navigation pad, and a microSD card slot, with an 8GB card pre-installed, and it also comes with Motorola’s MOTOBLUR. 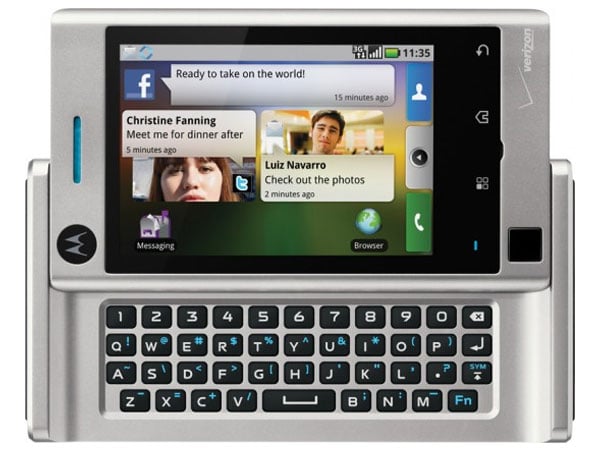 MOTOBLUR is the first solution to sync contacts from work and personal e-mail services, including Gmail™, with posts, messages, photos and more from popular sites such as Facebook®, MySpace and Twitter. With MOTOBLUR, content is automatically delivered to the home screen and fed into easy-to-manage streams.

The Motorola Devour also features a 3 megapixel camera, a full QWERTY keyboard, 802.11 b/g WiFi, GPS and a 3.5mm audio jack, plus a range of built in Android applications which include Gmail, Google Talk, Google Maps and Google Maps Navigation.

There are no details as yet on pricing or the exact release date, although the Motorola Devour will be available on Verizon sometime in March. Have a look and our article on Android vs iPhone to see which smartphone and mobile platform is best for you.