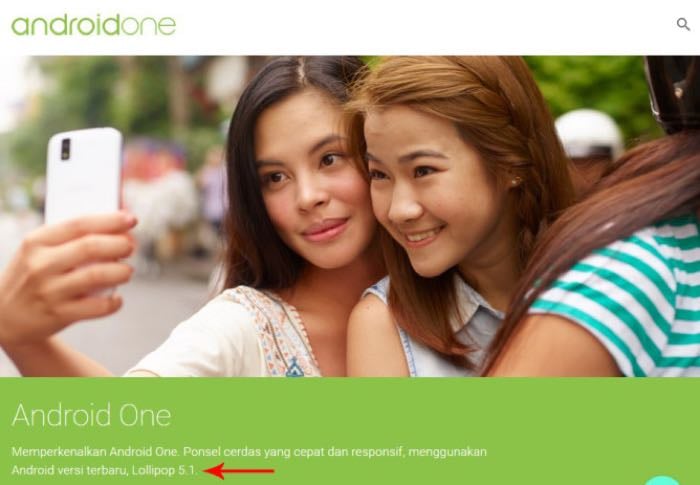 It looks like Google is getting ready to launch Android One in Indonesia as the company has now launched a new Android One website.

What is interesting is that the website says that the Android One devices will come with Android 5.1 Lollipop.

Also listed on the website are three new Android One devices called the Evercorss One X, Mito Impact and the Nexian Journey.

As yet Google has not give an exact release date for their Android One devices in Indonesia, although there are rumors that the devices may launch this week.