Google Maps 4.3  for Android has a number of new features one of which has been added to the public transit station pages which now lists the schedules for each station. 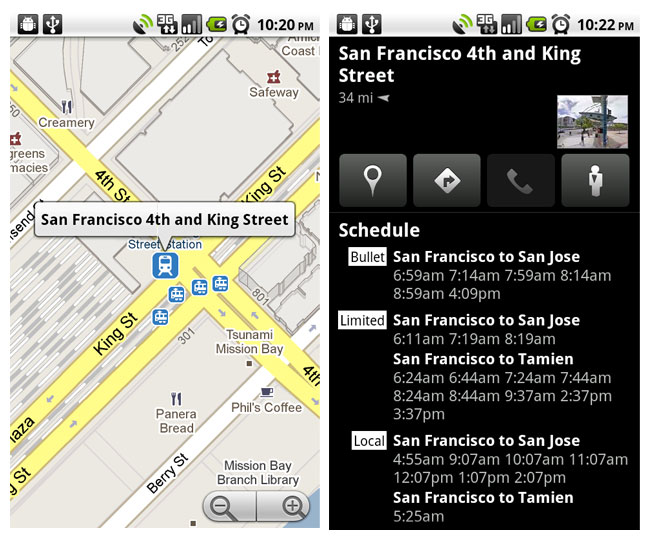 Other features include a snapshot of the people reviews of restaurants on the search results pages, rather than having to sift through full reviews , allowing you to frequently mentioned highlights or lows of an establishment.

Similar to the Places pages on your desktop computer a colour coded bar shows both positive and negative  points for food, service and atmosphere to name a few. Allowing you to select the right restaurant for your dinning needs. 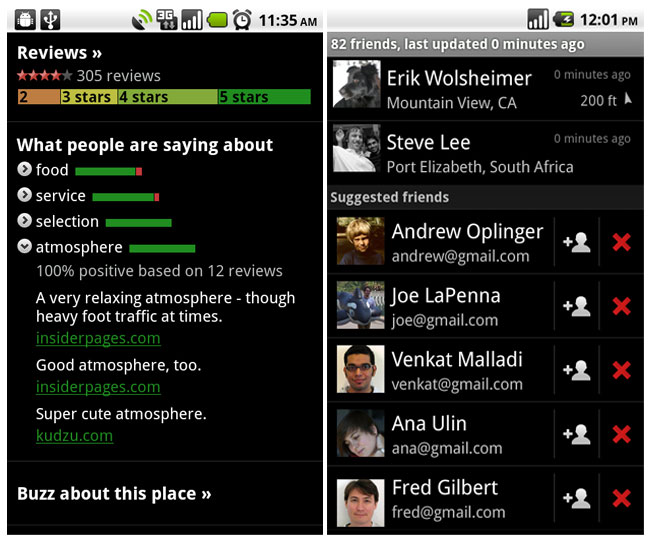 Google Latitude has also received an update allowing you to inform family and friends of your location if desired, by easily adding or removing them from your list of  members able to view your location at anytime. Have a look and our article on Android vs iPhone to see which smartphone and mobile platform is best for you.