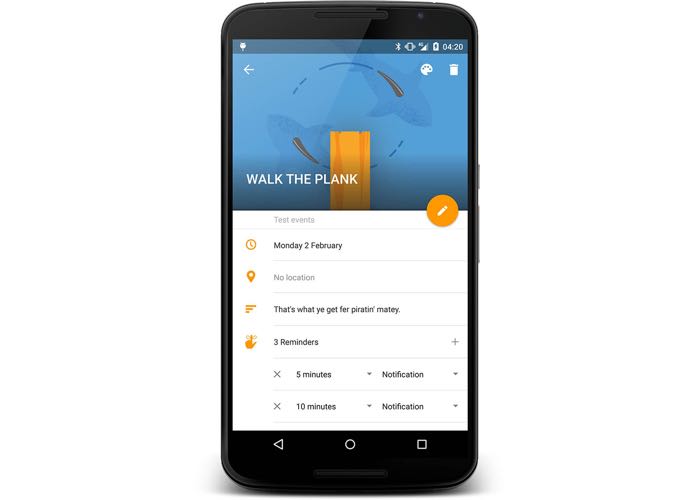 Android Developer Jack Underwood has come up with a novel way to punish people who have pirated his Today Calendar Pro application, he is adding pirated themed events to their calendars.

Jack posted on Reddit about the pirated installs of his app reaching 85 percent, and one Reddit user suggested that he randomly added pirate themed events to the app for people who haven’t paid for the software.

Now when a user who hasn’t paid for the Today Calendar Pro app looks at their calendar, they will see random events popping up like the ‘walk the plank’ one above.

Jack spoke to the guys over at Torrent Freak about the 85 percent piracy rate on his app, and why he decided to to this to encourage users to buy the app.

“Today Calendar Pro has a 85% piracy rate, so the way we’ve chosen to combat that is to have the app randomly insert pirate-themed events if the app decides the install is pirated,”

You can find out more details about Today Calendar Pro over at the Google Play Store.